In today’s day and age when cricketers are preferring to play in the shorter formats of the game, in 2019 the fast bowlers around the world have been as threatening as it can get in Test cricket. The pacers have been so lethal, that even this year can be dedicated to the fast bowlers like the Ashes of 1981, which was termed as Ian Botham’s Ashes.

Considering the numbers, the out of the top-10 highest wickets takers of 2019, nine are the pacers, lone spinner in the list is none other than, Nathan Lyon who scalped 41 wickets in 11 Tests at an average of 33.68 despite bowling most of his overs in pace friendly conditions of Australia and England.

Despite the fact that there is just one Indian pacer in the top-10 list, one just can’t argue with the fact that the Indian fast bowlers have been a revelation not just on the foreign soil, but equally lethal in the Indian sub-continent conditions as well.

What sets apart the Indian fast bowlers from the rest that they enjoy each other’s success and they attack the opponent in a group, leaving a very small margin for a slip away. Comparing the numbers, the Indian fast bowlers including Shami, Ishant Sharma, Jasprit Bumrah, and Umesh Yadav, have taken 95 wickets at an outstanding average of 13.12 and an unbelievable strike-rate of 29.95 combinedly in the 8 Test India has played this year.

What makes the numbers even more interesting that out of the 8 Tests, Virat Kohli and his men have played 5 Tests at home against South Africa and Bangladesh including the pink-ball Test at the iconic Eden Gardens in Kolkata last month.

ALSO READ: Ravindra Jadeja Loves Making The Most Of The Opportunities

Analyzing the stats even further the achievement of the India fast bowlers looks much more satisfactory is that Ishant (6 Tests: 2 away, 4 home), Umesh (3 Tests at home) and Shami (8 Tests: 3 away, 5 home) they have scalped as many as 59 wickets at an unbelievable average of 15.18 and strike-rate of 30.20.

In India’s maiden pink-ball Test, the Indian speedsters took 19 wickets, which is most by India’s fast bowlers in a home Test. The previous highest was 17 wickets, also at Eden Gardens, against Sri Lanka in 2017. This was the third time India’s seamers have taken 19 or more wickets in a Test, and all have come in the last two years as in 2018 in the Cape Town Test against South Africa, the Indian pacers took all the 20 wickets which also happed for the first time.

In recent times, the Indian team management has showered a lot of praises for the Indian fast bowlers as they have been helping the team won matches by an innings and more. Recently, India made a record of winning 7 consecutive Tests matches and out of that the last four have been won by more than an innings, which is a record in itself. 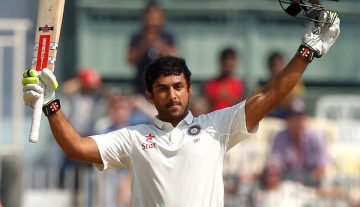