West Indies defeated India by 8 wickets in the first ODI of the three-match series. Chasing a target of 287, Shimron Hetmyer and Shai Hope anchored the West Indies’ innings by delivering match-winning performances. Hetmyer smashed 139 runs off 106 deliveries to helped his team chased down the target with relative ease. He was joined by Shai Hope, who remained unbeaten on 102 while guiding his side to the target.

After gaining a 1-0 lead, Kieron Pollard and his men are currently locking horns with the Indian team for the second ODI of the series in Visakhapatnam. Ahead of the second ODI, West Indies cricket team is wearing black armbands as a mark of respect for the 1960s great Basil Butcher, who died on Monday.

Describing the same, team manager Philip Spooner said, “One of the West Indies greats, Basil Butcher, who was also a teammate of Sir Gary Sobers, Rohan Kanhai, Clive Lloyd has passed away in the early hours this morning (Indian time). As a mark of respect, the West Indies team will be wearing black armbands in the 2nd ODI.”

Butcher took his last breath after a prolonged illness, Cricket West Indies (CWI) confirmed on Tuesday. He was 86. Butcher played hs first Test in 1958 against India. Hailing from Guyana, he made his debut against India and played 44 Tests till 1969.

The veteran batsmen scored as many as 3104 runs with seven centuries and 16 fifties. In his debut series against India, the right-hander gathered 486 runs at an average of above 69, including two tons and three fifties.

One of the best innings of Butcher came against England, where he went on to score as many as 133 at the Lord’s in 1963. However, he came to know about his wife having a miscarriage during his innings. He used to bowl occasional leg-spinners. His best bowling performance was against England at the Port-of-Spain in 1967-8. Butcher was also named Wisden Cricketer of the Year in 1970. 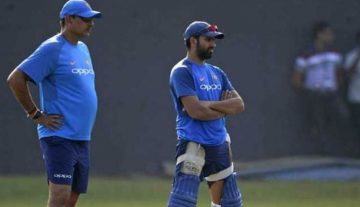