On Sunday night, India clinched a comfortable victory against Windies in the first ODI of five-match ODI series at Barsapara Cricket Stadium (Guwahati) and has taken a 1-0 lead in the ODI series.

Indian skipper Virat Kohli decided to field first after winning the toss. With the help of young Shimron Hetmyer’s brilliant century knock (106), Windies put a challenging total of 322/8 on the board at the end of 50 overs.

In reply, India reached the target comfortably in 42.1 overs after losing only two wickets, thanks to twin centuries by the opener Rohit Sharma (152) and the skipper Virat Kohli (140).

Top ODI totals for Windies on the Indian soil

Top ODI partnerships for any wicket against Windies 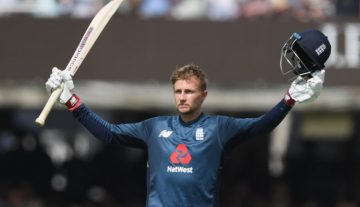