While the ongoing five-match ODI series is currently 1-1 level after the third ODI, India and Windies both are desperate to win the fourth ODI on Monday (October 29) at Brabourne Stadium (Mumbai). The winner of the match will save this series as they can’t lose this series anymore after the fourth ODI victory.

Since their return from the England tour, the Pune ODI defeat on last Saturday (October 27) was India’s first defeat in international cricket as they won eight games and tied two more games in between this period.

Currently, the Indian skipper Virat Kohli is running in a very dangerous batting form, while the other Indian batsmen have performed very inconsistently in this series. Though the top-orders are still in good touch, the middle-order batting is still in concern for the team.

The bowlers are also not consistent in this series. In these days, Indian bowling has become the major strength of the team due to having a good number of quality bowlers, but the bowlers have mostly underperformed in this series. As the top bowlers have returned to the squad, it is expected that the bowling team will back in form soon once they settle down as the bowling unit.

Finally, in the last ODI at Pune, Windies players have tasted their first victory in this tour. However, they have still to look at some important parts to improve their present status. The top-order batting is still a big concern for the team as it is very inconsistent in this tour.

However, Shai Hope and Shimron Hetmyer’s brilliant batting forms have raised the team’s hope hugely. The middle-order and lower-order batsmen are contributing very well in this ODI series, so the top-order batting improvement can become a deciding factor for this team.

The bowlers still need to make improvement as most of them are not consistent very much with the ball in hand. Their bowling is still another big concern and it definitely needs to be solved as soon as possible. 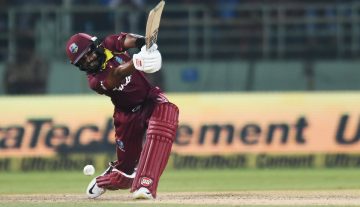