Chris Silverwood says England’s World Cup win against New Zealand wouldn’t make any change when the two sides will take on each other again. England won the World Cup earlier this year after beating New Zealand in a dramatic Super Over at Lord’s in July. Now they will face New Zealand for a five-match Twenty20 series.

“I’m sure there will be a few conversations but we are here to focus on the series in front of us,” Chris Silverwood said. “We have moved on now. Obviously, it was a fantastic game of cricket to be involved in at any level really, it was a real delight of an experience but we have got to move on. Obviously there is a different series in front of us now and we have got to concentrate on that.”

However, Joe Root, Ben Stokes and Jos Buttler aren’t included in the series in New Zealand. But Silverwood, who has replaced Trevor Bayliss recently, wants the replacement players to show their talent and use the opportunity.

“They are not here, obviously. But it gives opportunity to other young talent coming through, gives us an opportunity to see them and them an opportunity to express themselves as well,” he said. “One or two of them are having a break but it will be business as usual from a one-day point of view and with the T20s, Eoin Morgan has got a really strong hold on what he wants to do with the team and it is my job to back him up and put those things in place.”

England Test captain Joe Root, on the other hand, has returned to the basics. He will return to lead the side against New Zealand as well.

“I’ve done three sessions and used the head coach at Sheffield Collegiate. He’s called Josh Varley and he’s younger than me,” Root said. “From the age of 12 or 13 we’ve thrown balls at each other, all day every day down at Abbeydale. We’ve been doing a bit of work together, not much technical stuff but he’s been doing a lot of flinging. I wanted to work on a few things so it’s been good to get back into it. I want to start the winter with a bang and set a marker in terms of making big scores and leading from the front,” Root said. 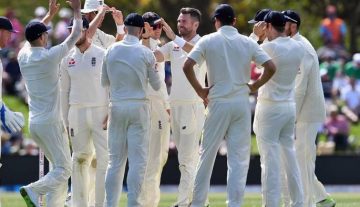