Currently, the Melbourne Cricket Ground (MCG) in Melbourne is the largest cricket ground in the world as it can accumulate as many as 100,024 people, which also makes it the 10th largest stadium in the world and has hosted the 1956 Summer Olympics, the 2006 Commonwealth Games and two Cricket World Cups: 1992 and 2015.

However, in 2020, the MCG is expected to lose its crown as the largest cricket stadium to the newly constructed Sardar Patel Stadium in Motera, Ahmedabad. The previous stadium was demolished in order to create a coliseum like a stadium with a bigger seating capacity than the Melbourne ground.

According to Sportstar, the Sardar Patel Stadium in Motera is spread over 63 acres and has been designed by the same architect company that designed the MCG, Australian company Populous. The new stadium will have a seating capacity of 1,10,000, which doubles the capacity of the previous Motera stadium and will have 10,000 more seats than what MCG holds currently.

ALSO READ: The Hundred is Not a Threat to County Cricket

As per the reports of The Week, apart from these audience seats, the stadium will be having 76 corporate boxes, four dressing rooms, three practice grounds, indoor practice pitches, training center and a 55-room clubhouse, which will have an Olympic size swimming pool, badminton and tennis courts, squash arena, table tennis area and a 3D projector theatre. It has been estimated with construction costs of over INR 700 crores and it will be completed in January of 2020.

The idea of constructing the new stadium was put forth during the tenure of then Gujarat CM Narendra Modi. Parimal Nathwani, vice-president of the Gujarat Cricket Association also mentioned that the venue will be connected to a metro station within 300m of reach. A huge ramp has been designed to facilitate the movement of 60,000 people at a time.

Unlike the floodlights in the stadium complex, the Motera ground will be having LED lights all over the venue. The venue also has provision for solar power generation and 65 rainwater harvesting pits and the first match at the venue is expected to be a T20 match between team India and a World XI. More than 90 percent of the work has been completed. 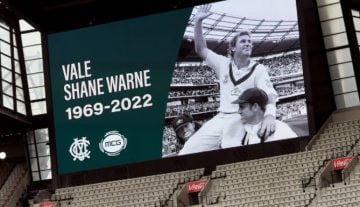