Former Indian all-rounder, Yuvraj Singh went on to credit his former teammate MS Dhoni was the person who honestly told him that his India playing days were done as the selectors will not even consider the southpaw for the 2019 World Cup after he was dropped midway through 2017. Yuvraj decided to hang his boots from international cricket in June 2019 after his chances of being included in the World Cup squad were largely over.

During a recent interview with News18, Yuvraj said, “Obviously, I had performed in domestic cricket (for Punjab). But then it was Dhoni who showed me the correct picture on the 2019 World Cup and that selectors are not looking at you. He showed me the real picture. He did whatever he could, but sometimes as captain, you can’t justify for everyone. Jitna unse ho saka unhone kiya (he did as much as he could).”

The 38-year-old came back to the ODI squad in early 2017 and played a match-winning knock of 150 against England in Cuttack. But his form didn’t continue for long as he scored just one more fifty and finished with 105 runs from four innings during India’s 2017 Champions Trophy campaign, where the men in blue lost the final against Pakistan. Further diminishing returns on the tour to the Caribbean that followed the Champions Trophy marked the end of the road for the Punjab cricketer.

Yuvraj played a pivotal role in India’s 2011 World Cup triumph at home but cancer in 2012 left his career in limbo. He made his first comeback from illness in 2013 but didn’t get a chance to get featured in the 2015 World Cup squad.

Talking about the same, the veteran southpaw said, “Till the 2011 World Cup, MS had a lot of confidence in me and used to tell me that ‘you are my main player’. But after coming back from illness, the game changed and a lot of changes happened in the team. So, I understood that, as a captain, sometimes you can’t justify everything because at the end of the day you have to see how the country performs. Every captain supports certain players.”

He further added, “I felt MS supported Suresh Raina and Ravindra Jadeja when they struggled a lot. Virat has supported KL. I don’t blame people for not having trust in me when I came back from cancer; I myself took a while to have the same confidence in my game.  When I made my comeback, Virat Kohli supported me. Had he not backed me then I wouldn’t have made a comeback.” 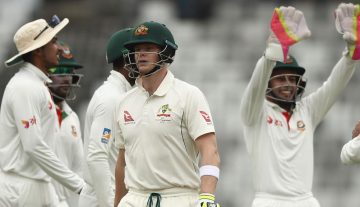