It is a well-known fact that the veteran Indian all-rounder Yuvraj Singh and the self-proclaimed Universe Boss Chris Gayle enjoy a great friendship both on and off the field. They are arguably two of the most destructive southpaws to have ever played the game of cricket, and when in form, can be a nightmare for any bowler. The duo was part of the Kings XI squad in the Indian Premier League 2018 after which their camaraderie off the field has increased even more. In particular, Yuvraj never misses out on an opportunity to poke fun at the big Windies batsman.

Recently, Yuvraj engaged in a bit of social media banter with Gayle by comparing him to a Hollywood science fiction movie character. He also put an interesting question to the Jamaican, asking him how he managed to be in Mumbai while playing in the Afghanistan Premier League 2018 which is being played in the UAE. Gayle responded with laughter.

Taking to Instagram, Yuvraj posted a photograph with the following caption, “Kaka!!! what are you doing in Mumbai? I thought you were in Dubai @Chrisgayle333,” which was responded by a series of hahas.

Chris Gayle has been in ruthless form for the Balkh Legends in the inaugural edition of the APL. He’s notched up back-to-back fifty-plus scores in his last three appearances.

Meanwhile, Yuvraj has been out of the Indian squad for over a year now, having last played for India in June 2017 in an ODI against the Windies. He represented Punjab in the Vijay Hazare Trophy and was in impressive form as he scored 264 runs in the tournament including a stellar 96 against Railways.

In a recent interview, he also acknowledged that he is still aiming to return to the national squad and that he hasn’t given up on the dream of playing for India again. The flamboyant southpaw had bagged the man of the series award in India’s victorious 2011 ICC Cricket World Cup campaign. 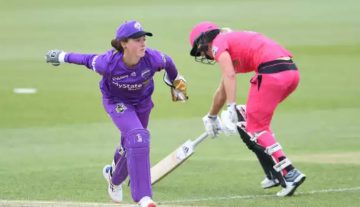