On Thursday, the former Indian all-rounder, Yuvraj Singh was seen doing some household chores and his mother made sure she caught him on camera. However, he shared a funny video in which Yuvraj’s mother can be seen filming her son doing the dishes. His mother claims ‘it has never happened’ before as the former all-rounder can be seen washing utensils in the kitchen.

Yuvraj made sure he shared the funny incident with his fans on social media. Captioning the video on Instagram, he wrote: “Maa ho ya Jagga jasoos? It’s good you didn’t take a video of me doing jhaadu pocha”.

Meanwhile, Yuvraj’s wife Hazel Keech took a funny dig at her husband, saying he never dusts and wipes the house and thus it can’t be filmed. Commenting on the video, Hazel wrote: “Hahaha yeah, because you’ve never done it, that’s why there’s no video”.

Here are the comments:

The lockdown due to the Covid-19 pandemic has given the Indian cricketers some time to spend with their families and close ones. Earlier, Rohit Sharma had said household he has now become habitual fo doing household stuff as it has also become a part of his fitness routine during the time away from the cricket due to the coronavirus pandemic.

Yuvraj announced from international cricket last year and maintained that he won’t be playing the Indian Premier League (IPL) as well. However, the all-rounder has played a couple of franchise-based tournaments after announcing the retirement.

In a recent interaction with Sportskeeda, Yuvraj accused the BCCI for not handling the later stages of his career well. He said, “I just felt that the way they managed me towards the end of my career was very unprofessional. But looking back at a couple of great players like Harbhajan, Sehwag, and Zaheer Khan, also very badly mismanaged. So it is part of Indian cricket, I had seen it in the past and I was not really surprised.” 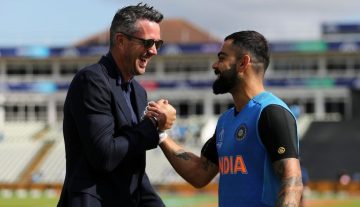