Yuzvendra Chahal’s wife Dhanashree Verma has recently opened up about her husband’s ‘beautiful smile’ amid all the stress of playing in the Indian Premier League (IPL). Chahal was in a sublime form in the 2022 edition of the T20 tournament after he became the Purple Cap holder with 27 scalps from 17 matches with a hat-trick against the Kolkata Knight Riders (KKR) as well. Meanwhile, Dhanashree, Chahal’s wife said that he wears a smile to beat the on-field stress as well. Verma, however, shared her views during a Rajasthan Royals’ (RR) podcast where Ravi Ashwin’s wife, Prithi, and Rassie van der Dussen’s better-half, Lara as well.

“Yuzi is a very happy person, to be very honest, and he loves cricket. His first love is cricket, so being in this environment around his fellow mates is the primary reason behind him smiling always and to have a beautiful smile,” Dhanashree Verma was quoted as saying. “I believe you need to strike a balance. The environment, of course, is very warm and friendly, but it gets stressful. So, you have to keep up with it. So, because of that, Yuzi is Yuzi all the time.”

During the IPL, Dhanashree Verma was seen cheering for Rajasthan Royals and his husband as well. 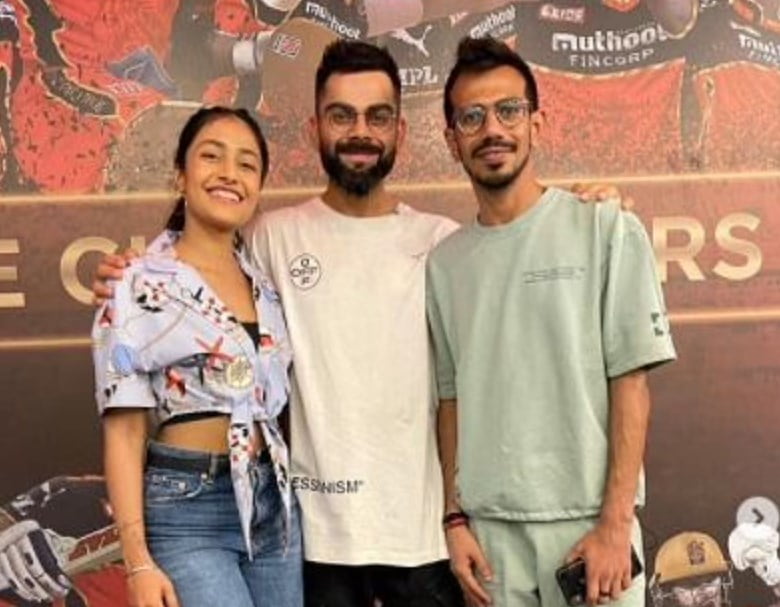 “Everyone knows this by now that I am overly expressive. Obviously, super stressed. When people come to watch any game like the IPL, Tests or ODIs, they are stressed because they support one team. You obviously want your team to do well. Here, we are personally related to them and so, the stress level is definitely double compared to others and when they come back home, you want them to be smiling. It’s our life now and we have to protect it in a way that it should not be as stressful as it looks like,” Dhanashree Verma concluded.