On Thursday, the Indian leg-spinner, Yuzvendra Chahal shared a video of himself on Instagram in the nets in Sydney. In the video, the leg-spinner can be seen playing a few defensive shots. Captioning the video on social media, Chahal wrote: “Adding up scores this time”.

Fans saw the funny side of the video and even asked the leg-spinner if he will be getting a chance to open the batting in India’s upcoming tour of Australia. However, it was South Africa fast bowler Dale Steyn, who’s comment took the cake. Steyn, who plays for Royal Challengers Bangalore (RCB) alongside Chahal in the Indian Premier League (IPL), took a slight dig at the leg spinner.

Steyn asked Chahal what type of bowling he is facing during his net session and wrote “Facing Fast off spin?” In reply, Chahal urged Steyn not to reveal the secret. “@dalesteyn secret sir,” Chahal replied.

Chahal and other Indian cricketers are gearing up for the two-month long tour of Australia, starting November 27. India is slated to play three ODIs, three T20Is and four Test matches in Australia. The last time, India toured Australia, they defeated the hosts by a 2-1 margin in the Test series. 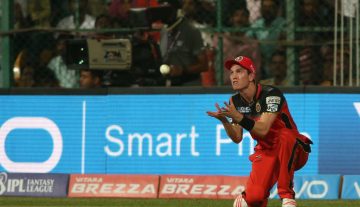