On Friday, the Indian leg-spinner, Yuzvendra Chahal took to Instagram to post a video of him bowling an impressive leg-spinner to knock over New Zealand batsman Martin Guptill’s off stump. However, self-proclaimed ‘Universe Boss’, Chris Gayle left a comment on Chahal’s post and said that the leg-spinner has overstepped. The southpaw commented, “You overstepped the line, No ball!! Umpire.”

The Indian leggie also showed a glimpse of the great camaraderie he shares with left-arm spinner Kuldeep Yadav. The chinaman showered praises on Chahal and said “Well bowled sirji”. In reply, the leg-spinner called Kuldeep his little brother. “trying to bowl like you my lil brother,” Chahal replied.

Yuzvendra Chahal, like other cricketers during the ongoing forced break from the game, has been quite active on various social media platforms. Chahal recently went live with Afghanistan spinner Rashid Khan and both players picked a combined India-Afghanistan XI. Only three Afghanistan players made the list as the XI was majorly dominated by Indian players.

Recently, Rohit Sharma took to Instagram and took a huge dig at Chahal for his outfit. The leg-spinner had posted a photo of him last week and Rohit took a cheeky dig at his India teammate.

ALSO READ: Yuvraj Engages In A Banter With Pietersen Over Premier League

Commenting on his post, Rohit had commented, “Kapde ke andar tu hai ya kapda tere andar hai (Are you inside the clothes or are the clothes inside you).”

Chahal would have taken part in the 13th edition of the IPL while playing for the RCB but due to the coronavirus pandemic, the Board of Control for Cricket in India (BCCI) postponed the tournament indefinitely. 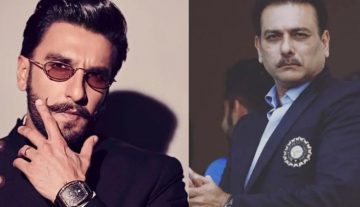