27-year-old Indian leg-spinner Yuzvendra Chahal has recently spoken about his relations with some senior cricketers. He revealed his friendship with the former Aussie cricketer Andrew Symonds as well as his early experiences with the former Indian captain MS Dhoni.

In a chat show named “Breakfast With Champions”, Chahal recently shared some stories with Gaurav Kapur.

Chahal believes that Symonds was very misunderstood character as he is not an arrogant type man. During IPL 2011, Chahal and Symonds both played for Mumbai Indians which was also Chahal’s first IPL season.

Chahal also recalled the moment when he first met with the former Indian skipper MS Dhoni. It was in 2016 when Chahal made his international debut under Dhoni’s captaincy, from whom Chahal received his ODI cap.

Speaking about that, Chahal quoted, “I had received the ODI cap from Mahi bhai. He is a legend and was with him for the first time. I was not even able to talk in front of him. He talks so nicely that you wonder if he is really Mahi bhai.

“During Zimbabwe tour when I met him first, I used to call him Mahi Sir. After two overs he called me and said, ‘Mahi, Dhoni, Mahendra Singh Dhoni or Bhai. Call me whatever you want’,” Chahal further added.

Watch here the full video of that chat show: 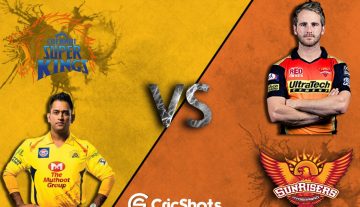 editors-pick
By CricShots - May 27, 2018
The Memorable Quest Of The IPL 11 Finalists