Ravindra Jadeja is currently in Lucknow along with other members of Team India. Jadeja had not been seen in the field for a long time due to injury and in such a situation, on his return, the Indian leg-spinner Yuzvendra Chahal has found a hilarious way of welcoming the all-rounder.

Yuzvednra Chahal has shared a picture of Jadeja on his Instagram story, on which he has given the form of a meme by applying filters. He shared that picture and wrote, “Welcomes back Jaddu paa”.

It needs to be considered that Ravindra Jadeja was missing the action after taking part in the first match of the two-match Test series against New Zealand last year and also spent some time at the National Cricket Academy. The all-rounder has got a place in both the teams announced for the T20I and the following Test series against Sri Lanka.

The Indian cricketers practiced on Tuesday ahead of the first T20 match to be played on 24 February. Pictures from India’s practice session were shared by BCCI on its Twitter account. 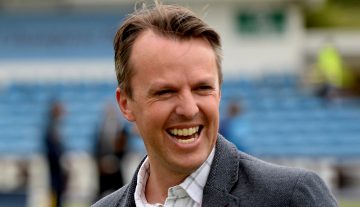