Like the sneaky legendary pacers like Wasim Akram and Zaheer Khan, this strong left-arm fast bowler from Tonk in Rajasthan too grew up bowling fast with the tennis ball. Khaleel Ahmed, looking to make an impact in the world of cricket, is more than eager to copy the “one and only” Zaheer Khan.

One of the many small-town youngsters on the cricket field, Ahmed, son of a compounder, clocked 148 kmph in the recent Mushtaq Ali T20 tournament. he said, “Tennis ball cricket helped me grow as a fast bowler. We would play mostly on cement pitches and had to bowl fast. The tennis ball is light and helps you improve your arm rotation.”

Ahmed was in triumphant India ‘B’ team in Deodhar Trophy, he said, “I was with Zaheer Khan (at Delhi Daredevils). He taught me how to bowl on different pitches, what line and length to bowl to different batsmen. He corrected a lot of technical issues also.”

Zaheer has an affinity for sharing his fast bowling prowess with the youngsters – rates Ahmed as a very bright prospect. He said, “He’s a bowler to watch out for. I did work with him closely. He’s a very promising talent but needs to keep working hard. He has the ingredients to develop into a match-winner. It’s now up to him how much he can push himself. There’s no doubt he has the potential but will need to keep learning as he climbs the ladder. Fast bowling is very hard work and I’ve told him so.”

Khaleel considers himself “blessed” for he could observe Rahul Dravid from close quarters during the 2016 ICC Under-19 World Cup in Bangladesh. He said, “He (Dravid) taught us a lot about life off the field and discipline. The left-armer gets a huge advantage from a different angle.”

Zaheer has taught the angle-advantage into his mind. Akram was deadly because he would fire the ball exploring different angles. Ahmed would love to work on this theory. 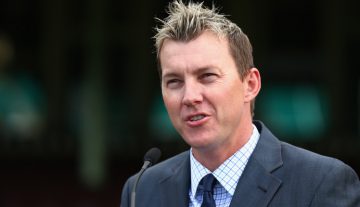