During a recent interview with Reuters at the Sharjah Cricket Stadium (UAE), Cremer stated, “Our country has gone through some tough times. It’ll lift the whole country if we’re able to qualify.”

In the new WC format, only 10 teams will participate. Top eight ODI ranking teams are already qualified and there are only two slots left which will be decided in the next month through the 2018 ICC Cricket World Cup Qualifier.

Also read: Qualifier for WC 2019 to be played in Zimbabwe from March 4

Zimbabwe will host the qualifier that will be running from 4th March to 25th March. Apart from the hosts, nine more teams will participate in that competition. Former two time WC champions West Indies, latest Test status gainers Ireland and Afghanistan will provide very tough competitions against Zimbabwe.

Cremer said that it would be a huge setback for them if they failed to qualify in the upcoming ICC Cricket WC. The 31-year old leg-spinner said, “Qualifying will make teams want to play us. If you don’t qualify, you sort of fall down the pecking order. So we know if we qualify we’ll get a lot more cricket after that, which is what we’ve been hoping for.”

Cremer talked about the current batting concern. However, he still believes in the ability of the middle order batsmen. He said, ”Our batting is a bit of a concern at this stage. Our middle order… all the ability is there and the talent is there, but (they are) just not firing consistently enough.”

About the bowling concern, Cremer pointed out the lack of experience. He said, “I (also) feel a little bit of inexperience in the bowling, especially with the seamers.”

In the last month, Cremer claimed his 100th ODI wicket. Talking about himself, Cremer evaluated as an all-rounder rather than a bowler. He claimed, “I like to value myself as an all-rounder, not just a bowler. Those 20, 30 runs can be the difference between winning and losing, so I enjoy my batting. I work quite hard at it.”

Cremer also talked about his rise in the Zimbabwean side. After making an international debut in an early 18-years age, Cremer had an ups and downs career. In 2011, he took a two-year break from cricket.

He said, “I stopped enjoying it. I always loved being on the field and playing, that didn’t change. It was more everything around cricket, the training and that sort of stuff. I’d come out of a few knee operations so that started to take its toll and I felt I needed a break from the game. I didn’t actually put a time limit on how long it was going to be.”

Cremer revealed that the former Zimbabwean captain Alistair Campbell motivated him to make a comeback in the sport.

He said, “He made me realise I‘m still young enough, and still (had) the ability to do well… I‘m glad it worked out like that.”

Cremer was appointed to leading the national side in 2016, after the deposing of Hamilton Masakadza from that post.

On his captaincy responsibility, Cremer said, “You become a lot less selfish. You don’t put yourself under as much pressure, you don’t overthink your game because you’re thinking about the rest of the team. So it’s been good for me.”

Cremer also described that how former Zimbabwean left-arm spinner Ray Price helped to develop his bowling. He said, “He’s always around the cricketing circuit so I get to spend a lot of time with him… He’ll often message me when I‘m on tour and give me a few pointers.” 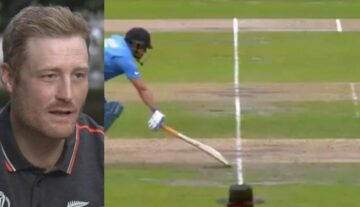