The Board of Control for Cricket in India (BCCI) will be hosting the 14th edition of the Indian Premier League (IPL) in India between April 9 and May 30 across six venues namely Ahmedabad, Bengaluru, Chennai, Delhi, Mumbai, and Kolkata. The tournament opener is scheduled to be played between defending champions Mumbai Indians and Royal Challengers Bangalore (RCB).

Just like the previous season, IPL 2021 also boasts of having many veterans playing the matches. However, there are a few players who will feature in the 2021 edition for the last time and hang their boots before the next season or go unsold. Hence, let’s see 3 Players who might be playing their last IPL season

The 2020 edition of the IPL was nothing less than a nightmare for the Chennai Super Kings (CSK) under MS Dhoni as he witnessed a poor form in the season as well. Dhoni had made a comeback to cricket in IPL 2020 after a 14-month long gap from competitive cricket and failed to perform as he amassed just 200 runs in 14 games at an average of 25 and a poor strike rate of 116.27.

fter a torrid run, there were rumors regarding MS Dhoni retiring from IPL as well but he had quashed all such speculations by mentioning ‘Definitely Not’ to the question if he will be hanging his boots. The former Indian skipper will be playing IPL 2021 for CSK but he is unlikely to be available for the next edition as there are high chances of the veteran hanging hs boots from competitive cricket. 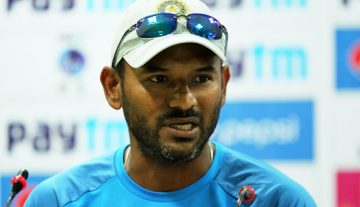