One of the fastest bowlers the world has ever seen, Brett Lee troubled a lot of batsmen over teh years with his fierce pacer and metronomic accuracy. Lee and Elizabeth Kemp got married to each other in 2006 and the couple had a son as well. But their relationship eventually ended in 2009, as they got divorced. Rumors floated that Kemp was allegedly in a relationship with a Brisbane Rugby player during their marriage.

Lee had to combat extended periods of loneliness and he had to stay away from his son as well due to cricketing commitments. He later married Lana Anderson in 2014 and the couple is blessed with a girl. His name was also attached to the actress of the movie Unindian Tannishtha Chatterjee after their steamy scenes surfaced.

The veteran Pakistan cricketer, Shoaib Malik was married to another girl before marrying Indian Tennis star Sania Mirza. He was married to a girl named Ayesha Siddique in 2002, but their relationship ended in a few years time. Malik later fell in love with Sania, which flamed quite a lot of controversies. Despite receiving some backlash over marrying an Indian woman, Malik and Sania dealt with the situation brilliantly and the couple recently got blessed with a kid as well.

Mohammad Azharuddin’s career has never been low on controversies, his matrimonial life is one of them. He married Naureen and the couple had two kids. But their relation started to fall apart with the entrance of actress Sangeeta Bijlani. Sangeeta Bijlani and Azharuddin got married in 1996 after getting separated from Naureen. After that, Azharuddin was said to be in a relationship with Badminton star Jwala Gutta. 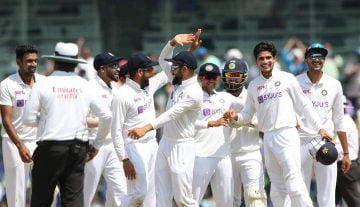 News
By Aditya Pratap - Jun 8, 2021
This Is One Of The Most Versatile Team: Dinesh Karthik Hails Virat Kohli’s Team India