India is a country of cricket lovers where each of the citizens wants to play cricket for the national team. However, there are very few cricketers who get who got a chance to play in the national squad. Indian cricket has witnessed several cricketers who shined at the international arena., especially in Test cricket. Still, some big names just got to play one game and then never played again for the country in Test cricket. In this article, we will talk about the five cricketers who played just one Test match for India.

The Trinidad-born all-rounder made his Test debut against Zimbabwe in Harare, in 1998. However, India had witnessed a loss by 61 runs in the Test and Robin Singh also failed to perform in both innings. He has amassed 27 runs in two innings which resulted in the defeat for team India. His below-par performance didn’t produce any opportunity for him in Test cricket again. However, Robin Singh had a terrific ODI career where he played 136 limited-overs matches for the Indian team.

Naman Ojha is another Indian cricketer who managed to play just one Test match for India and he never managed to get another chance. He made his Test debut during the third Test match of the Sri Lanka tour 2015 at Colombo. Wriddhiman Saha got injured ahead of the third Test, as a wicket-keeper batsman, Ojha got a chance to play for his national side.

However, Naman Ojha failed to make an impact during his Test debut. He scored 35 and 21 runs in each of his Test innings. Naman Ojha has amassed as many as 9753 runs in his 146 first-class appearances. His best first-class score is 219* for Madhya Pradesh. 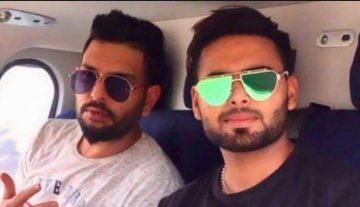