With the 2020 edition of the Indian Premier League (IPL) knocking the doors, excitement is at its highest level. Cricket fans all over the country are waiting to immerse themselves in the infinite whirlpool of exhilaration. People are waiting to see the marvel that batsmen like Virat Kohli and like can create. But with this systemic glory associated with batsmen, bowlers find it insanely difficult to keep up to that. However, times have changed. A proper bowling strategy has the potential to break the batting lineups. There are a lot of bowlers who absolutely love to take wickets, and have thus been awarded the “ Purple Cap” as a token of appreciation.

This name is enough to make any batsman quiver for once. This formidable bowler is back in the team of Royal Challengers Bangalore. This proves that he is all set to start off from what he had concluded with. Steyn was the third-highest wicket-taker in 2019 when he was able to take an enormous number of 15 wickets in 8 teams, after his comeback after the injury. He then continued in this perfect form in the Melbourne Stars.

Will Dale Steyn be able keep up with his performance? 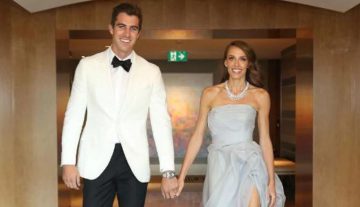 News
By CricShots - Feb 10, 2020
Pat Cummins’ Fiance Reveals The Details OF the Proposal