The U-19 Team India completely outplayed Pakistan in the semi-final of 2018 ICC Under-19 World Cup, by defeating their neighbors by a huge margin of 203 runs. With another impressive win, India reached the finals without losing a single game in the tournament.

Team India also ended up creating a world record by surpassing Pakistan and Australia in the list. Australia had entered the list on December 29 by beating Afghanistan in the semi-finals. Here’s the list of top three teams who have entered the final of Under-19 World Cup since the inauguration of the tournament in 1988 –

India and Australia have dominated the tournament since its inception as they have emerged victorious three times in the past, whereas Pakistan won the tournament twice.

The men in blue and Australia also have a shot at surpassing each other and become the first nation to win the Under-19 World Cup four times.

In the semi-final clash, Shubhman Gill also scored the second-quickest hundred for an Indian batsman in Under-19 World Cup. He got to the 3-figure mark in just 93 deliveries. The record of the fastest century still belongs to Indian skipper Virat Kohli who reached the century in just 74 balls against West Indies.

This is India’s biggest win over Pakistan in U-19 ODIs and U-19 WC (203 runs). India has dominated over every team they went up against in the ongoing tournament. The lowest margin of the win has been by 100 runs against Australia. 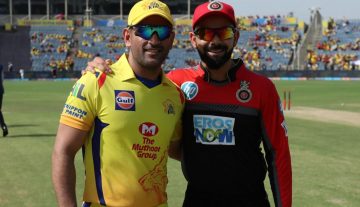