The Indian Test cricketer, Hanuma Vihari is among the seven Indian cricketers who have signed up for the ongoing Dhaka Premier League (DPL), which remains as Bangladesh’s only List A competition. The other Indian cricketers who will be taking part in the competitions are Abhimanyu Easwaran, Parvez Rasool, Baba Aparajith, Ashok Menaria, Chirag Jani, and Gurinder Singh. Incidentally, all these players had gone unsold at the Indian Premier League (IPL) 2022 mega auction.

Vihari was recently featured in the Indian squad that completed a whitewash in a two-match series against Sri Lanka at home on Monday. He scored 124 runs in three innings at 41.33 with one half-century score in the series where he batted at No.3, the position where Cheteshwar Pujara batted.

ALSO READ: Shane Watson Has Been Appointed As The Assistant Coach Of Delhi Capitals

According to the reports of ESPNCricinfo, Hanuma Vihari is slated to go home to Hyderabad after the Sri Lanka series, for a short break before leaving for Dhaka where he is expected to join Abahani Limited later this week. He is hence be missing the first three games of the season and will be replaced by Afghanistan middle-order batter Najibullah Zadran, who had joined the team earlier.

Easwaran, who led Bengal’s Ranji Trophy team and stands on the verge of making a breakthrough in the Indian Test squad, will be playing for Prime Bank. Meanwhile, Rasool will join Sheikh Jamal Dhanmondi, Aparajith to Rupganj Tigers, Menaria to Khelaghar, Jani to Legends of Rupganj, and Gurinder for Gazi Group Cricketers.

This isn’t the first time Indian players will be featuring in the Dhaka Premier League competition, In fact, Vihari, Easwaran, Aparajith, Menaria and Rasool were all part of the tournament before Covid-19 had first struck. Some of the other notable Indian players who had played in DPL were Dinesh Karthik, Manoj Tiwary and Yusuf Pathan. 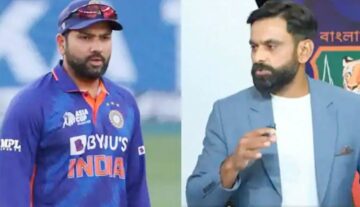