Former India Aakash Chopra managed to point out the real reason behind Team India struggling in ODIs against Australia. Many believe that India lacked the balance in the playing XI that Australia had and because of that, the visiting team lacked all-rounders in the side. The lack was highlighted particularly in the 1st ODI as Hardik Pandya wasn’t match-ready to get back to bowling.

Describing the sam on his Youtube channel, Chopra said, “If we look at the Indian bowling, it’s clear that we are unable to pick wickets with the new ball. How much time has gone? In the last three consecutive ODI matches, India has conceded a 100-run partnership at the top between the two openers. If you don’t take wickets with the new ball, a wicket does not fall in the first 20-odd overs, then whomever your bowl doesn’t make a difference.”

In the 2nd ODI, Virat Kohli gave the ball to Pandya and he delivered 4 overs but that was clearly an on-field call made by the Indian skipper. But Chopra is of the opinion that no bowling all-rounder could do the job of a new-ball bowler and has pointed out that it’s the top bowlers in the team who are failed to produce results in this series.

Describing the same, Aakash Chopra said, “Although we saw Hardik Pandya bowling it was too late. But if your top bowlers don’t take wickets, what will the 6th, 7th, or 8th option do. So, this is a problem which is getting magnified by the lack of an all-rounder but first of all, how many of them do we have? If you don’t take wickets at the top, it is not going to help in the middle, doesn’t matter how many all-rounders you play.”

The third and final ODI, which will be a dead rubber since Australia already has an unbeatable 2-0 lead in the series, will be held on December 2 in Canberra. 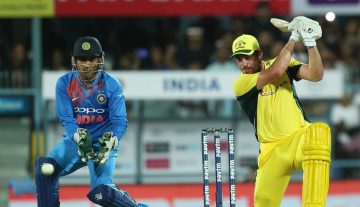 Article
By CricShots - Oct 10, 2017
Reveiew: Ind vs Aus: Behrendorff and Henriques Took The Game Away From Indi