By winning the 2018 ICC U-19 Cricket World Cup, India becomes the most time youth world cup winning team in history as they have it for four times. In this year’s youth WC, many young talented shined up. Opening batsman Manjot Kalra was one of them who was the third highest runs scorer for India in that tournament. Finishing behind the line of Shubman Gill (372 runs) and skipper Prithvi Shaw (261 runs) in the 2018 ICC U-19 CWC, Kalra managed to score total 252 runs with the average of 84.00.

Manjot Kalra played a brilliant century knock in the final match against Australia which put him into the limelight. Chasing down the 217 target in that pressure game, Kalra was not out on 101 runs and guided his nation to the comfortable victory.

Apart from that innings, Kalra also played two more good innings in that tournament. One was against Pakistan in the semi-final where he scored an important 47 runs and the other one was against Australia in the opening group match with 86 runs knock.

Former Indian cricketer Aakash Chopra has impressed with his batting. Aakash has found the glimpse of Yuvraj Singh, Shikhar Dhawan and Suresh Raina on Kalra’s batting.

In his official Twitter account, Aakash Chopra recently posted a video where he expressed his view on Manjot Kalra. According to the Crictracker, the former Indian opener said in that video, “Kalra played a heart-winning knock in the final of the World Cup final. A very talented left-handed batsman. The most special thing about him is that he reminds me of a lot of players.

“I remember, he played a shot straight over the bowlers head off a full toss, I was talking to Kapil Paaji, he saw the shot and said, ‘This is Yuvraj’. He has the glimpses of Yuvraj.

The young man who reminded us of Yuvraj Singh #AakashVani talking about Manjot Kalra…. pic.twitter.com/ehFuORJNi6 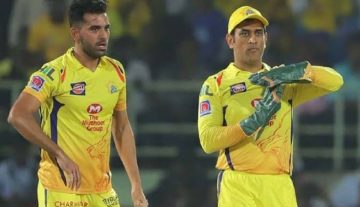