The Australian team has the mettle in them to beat Virat Kohli and his men, feels skipper Aaron Finch. The men in yellow left for India for the three-match series on Thursday. The two sides face each other in Mumbai on January 14 before heading to Rajkot and then Bangalore for what will be Australia’s first limited-overs matches since the World Cup in England last year.

Both the teams made the semi-finals of the World Cup and Finch believes Australia is well-equipped to deal with India in their home conditions after upsetting them 3-2 there early last year.

Regular coach Justin Langer will be missing the tour after an intense summer of Test cricket with the reins handed to his assistant Andrew McDonald. He was playing in the Twenty20 Big Bash four years ago before turning to coaching and being appointed Langer’s right-hand man in October.

Talking about Andrew, Finch said, “He’s got great credentials and he’ll keep growing. He’s got a really good opportunity. I said to him: ‘we’re not reinventing the wheel’. I won’t ring him, I’ll let him go. He said ‘I might ring you’. He’ll do a really good job.”

Australia has radically overhauled their squad by including the in-form batsman Marnus Labuschagne and he will be expecting to set to make his one-day international debut.

Spinner Ashton Agar gets another chance 18 months after his last one-day match and pacer Josh Hazlewood will also be making a comeback after recovering from injury to once again partner Mitchell Starc and Pat Cummins.

There was no room for high-profile players such as Usman Khawaja, Shaun Marsh, Glenn Maxwell, Marcus Stoinis and Nathan Lyon. 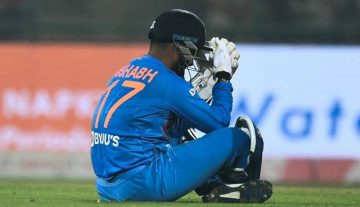