Last month, when AB de Villiers was plying his trade for the Royal Challengers Bangalore in IPL 2021, South Africa coach Mark Boucher had hinted at teh possibility of ABD’s comeback with a view towards featuring in the T20 World Cup, which is scheduled to be held in October-November in India.

However, at the time when de Villiers was reported to have in conversations with Boucher, he had sounded enthusiastic about the prospect of a South Africa comeback.

Last month, AB de Villiers had said, “Last year, he asked me if I would be interested. And I said, ‘absolutely’. And come to the end of the IPL, we will have a look at where we are at with regards to my form and my fitness. Also, the situation with his team – he’s got to look at his guys who have been performing well over the last while. Waiting for [the chat with] Bouchy towards the end of the IPL, and we will then plan accordingly.”

ALSO READ: Jimmy Neesham Hilariously Reply To A Fan Asking Him To Bat Up The Order

Ever since his retirement announcement in 2018, there have always been rumors of ABD’s comeback. He came closest to ending his retirement on the eve of the 2019 ODI World Cup when he made a last-minute offer of an international return but was rebuffed by the then-team management.

Here are the reactions from the fans:

I can't Even control my emotions 💔🥺 TQ for everything ab 😭🥺#AbDeVilliers pic.twitter.com/BK7MrCNCy2

@ABdeVilliers17 decides against a comeback. The legend surely deserved a world cup and they would have had a fair chance this time with most proteas being familiar with Indian conditions. Brb gonna watch the 2015wc highlights now#AbDeVilliers

Sad! Wanted to watch him one last time in SA colours in the T20 World Cup. #AbDeVilliers https://t.co/h0JgVtXUuK

It's ridiculous to see how people blame the board completely for not letting ABD making a comeback.. In the first place it is clear how immature decision was from Ab to retire who now out of no where feels that the team needs him.. #AbDeVilliers

You are the only hope for SA 💔

. @OfficialCSA board the worst Cricket Board ever who is denying ABD to play cricket for them. Shame on you#AbDeVilliers pic.twitter.com/aDkV1Pudpx

AB you won't deserve south African team 😔😔
But our love for you is never going to end ❤️🤗#AbDeVilliers pic.twitter.com/JL683bGNYr

His decision is final…AB will not come out of his retirement. I respect his decesion, but as a die heart AB fan it hurts not to see him yellow and green #AbDeVilliers 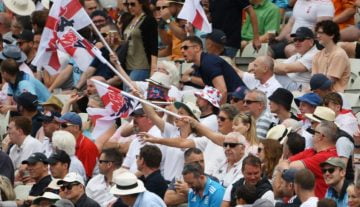