Royal Challengers Bangalore (RCB) has managed to win their first three games of the season so far in the 14th edition of the tournament with a comfortable-38 run win over the Kolkata Knight Riders (KKR). Having won the toss, Virat Kohli decided to bat first citing chasing has been difficult for the teams in Chennai, and their start batsmen, AB de Villiers and Glenn Maxwell didn’t disappoint. Playing only three overseas players, RCB was pushed into a bothersome situation as early as the second over of their innings as Rahul Tripathi took a magnificent catch as Varun Chakravarthy got the wicket of Virat Kohli cheaply.

Chakravarthy dented the Challengers in the same over again as he cleaned up Rajat Patidar to reduce them to 9/2. However, Glenn Maxwell came out with a mission as he notched up his consecutive half-century and rebuilt alongside Devdutt Padikkal through an 86-run partnership. Maxwell churned out 17 runs off the final over the powerplay bowled by Shakib Al Hasan.  Chakravarthy came back in the 8th and Maxwell welcomes him with a  six.

The partnership was broken by Prasidh Krishna, who dismissed Padikkal in the 12th over to bring the explosive AB de Villiers inside. KKR managed to keep things tight, as Pat Cummins ended Maxwell’s 49-ball 78 onslaught to end the 53-run partnership with AB de Villiers. Playing in his territory, De Villiers toyed with Andre Russell and smashing 38 runs in his two overs which helped RCB to reach the total of 204/4 in their quota of 20 overs.

Being a day encounter, the RCB bowlers suffered a mini-assault from Shubman Gill, who ripped apart Jamieson 4, dot, 6, 6 before giving his wicket away as Dan Christian and the bowler had his revenge. Nitish Rana took a bit of time to settle, but Rahul Tripathi, accelerated swiftly, to add 34 for the second wicket, but Washington Sundar removed Tripathi on the last ball of the powerplay. Dhanashree Verma, Yuzvendra Chahal’s wife, got emotional after his husband got his maiden wicket of the tournament.

In a bid to keep the momentum up, Rana decided to attack Chahal immediately after Tripathi’s exit and handed a catch to the midwicket. Chahal struck in his next over again by dismissed Dinesh Karthik lbw before Shakib and Eoin Morgan added 40 for the fifth wicket. When things were looking impossible for KKR, Chahal allowed Andre Russell to smash a six and three consecutive fours.

When Russell struck Jamieson for another six in the following over, KKR thought of chasing it down but then Jamieson’s perfect yorker that cleaned up Shakib. Only a couple of deliveries later, Jamieson brought RCB entirely into the game, making Cummins nick one to De Villiers straight after he had hit a six first ball. Needing an impossible 43 from last over, Russell chopped on Harshal Patel to end the game.

How well did we bowl to an on-song Andre Russell! Chennai conquered. Time for Mumbai now! #MiyanMagic #HP #RCB #RCBvKKR

@RCBTweets looking the goods this year. Undecided for MOM tonight, de Villiers, Maxwell or Harshal Patel. Would have to go Maxwell for recovering the Innings. #RCBvKKR #IPL2021

First time in IPL history @RCBTweets have won their first 3 games in a season. #RCBvsKKR

I tell you what if Maxwell plays the way he has so far for #rcb ,they really stand a good chance to go all the way.#KKRvsRCB #missinglink

Tough to be a good overseas bowler in the @IPL – harder than most think. #differentlevel

So am sure if KKR had it again.. Chakrawarthy would get another over to follow up that 2 wicket over and have a go early at Maxwell .. think it was a big miss in the game #VIVOIPL #RCBvKKR

Good to see Maxwell finally play to his potential in this IPL.

Couldn't take away my 👀 from the TV…

ABD you beauty! ❤️
Makes batting look as easy as a mobile game!#RCBvKKR

This is best balanced @RCBTweets for many many years …. Could this be the year !!!! Only if they beat @mipaltan in the knockouts !!!! #DoubtIt #IPL2021 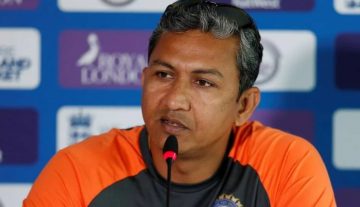