Over the years, we have seen a lot of cricketers have developed a sense of camaraderie that would have been unheard of in the days gone by. While it has not diluted the competitiveness on the field- and it shouldn’t- the overall animosity has been hugely reduced.

And, now in an interview with Times Now, AB de Villiers opened up about Virat Kohli on a plethora of things. De Villiers has been playing alongside Virat for RCB since 2011 and he feels that he is fortunate to have the kind of pool of talent that he has at his disposal while also hailing Kohli as a leader of men. According to AB, Kohli not only has words but also has the ability back it up with his deed and that differentiates him from others.

As per the quotes in Times Now, De Villiers said, “He is very fortunate to have a lot of talent there – players who have a lot of experience, who have played a lot of IPL games under the most intense pressure before. He is blessed with that but also he is a lead from the front kind of a leader. And that’s always good from a captain when a guy goes out there and scores the big hundreds. He just doesn’t only talk but walks the talk as well. That’s the kind of a leader Virat is. He leads from the front with his body language.”

The former South African skipper explained his relationship with Kohli while also mentioning that he congratulated the Indian skipper for his 3-0 series win against the Proteas while also taking a cheeky dig when he mentioned that it wouldn’t happen (again) when he visits the rainbow nation in the future.

De Villiers further added, “We are very good friends. We always stay in touch and we get along really well. I have always been a big fan of the way he plays the game. After the SA series, I didn’t have a choice but to congratulate him as he scored so many runs and had a fantastic series, unfortunately against us. That’s the last I spoke to him. Then I warned him as well that when he is going to next come here, it’s not going to happen again (laughs).” 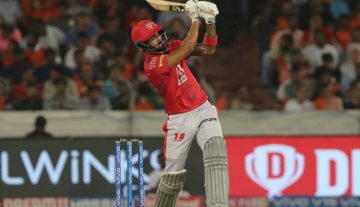