Australian cricketers Marcus Stoinis and Adam Zampa have always been known for sharing a unique bond, which words can’t describe. Both players have often been seen sharing a laugh with each other when news about their bromance became the talk of the town during Australia’s bilateral series with Pakistan in 2018. Since then, the all-rounder and the leg-spinner have never shied away from expressing the beautiful bond between them and the good camaraderie both cricketers share with each other.

On Monday, Adam Zampa announced that he has finally tied the knot with his long-time girlfriend Hattie. Taking cognizance of the same, fans were quick to share noteworthy tweets about recalling the bromance between Adam Zampa and Marcus Stoinis, who also play for the same team in the Big Bash League (BBL), the Melbourne Stars.

ALSO READ: WTC Final – How Does The Reserve Day Will Play Out?

If Sau dard song has a face
Feeling sad for Marcus stoinis
All though congrats to zampa pic.twitter.com/KhX1HTwwXS

Both Stoinis and Zampa recently seen plying their trades in the now-postponed IPL 2021, While Stoinis played for Delhi Capitals, Zampa was a part of the Virat Kohli-led Royal Challengers Bangalore (RCB), but he did not play a single match.

ALSO READ: Tim Southee Opens Up On The Possible Results In WTC Final

Adam Zampa had said, “My comments about the vulnerability of the IPL bubble had nothing to do with feeling like the virus would enter the bubble at any stage. The BCCI and RCB had many precautions to make us feel safe. I believe the tournament is in great hands and will definitely see the finish line. It was a personal choice to leave for several reasons.” 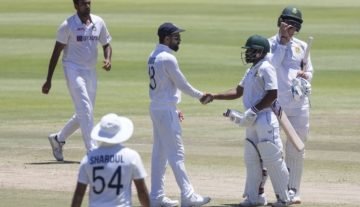