The Australian write-spinner, Adam Zampa received some criticism after a strange decision at the Melbourne Cricket Ground during a Big Bash league match. The Melbourne Stars skipper made an unsuccessful attempt of running out Melbourne Renegades’ Tom Rogers at the non-striker’s end as he was baking up at the crease. Mackenzie Harvey, who was at the other end batting, shook his head in disbelief.

The on-field umpire decided to review the incident and the third umpire did not consider it a run out as Zampa’s arm had “gone past the vertical”. Zampa’s bowling arm had gone past the bowling crease when he ran out the batter, which according to ICC rule is not considered legal.

The Marylebone Cricket Club, which is an authority on the laws of cricket, wrote on Twitter: “The non-striker can be run out if he/she is out of his/her ground up until the moment the bowler would normally have been expected to release the ball. That means when the arm gets to its highest point. The bowler is *not* entitled to go all the way around in the bowling action and then run the non-striker out.”

The bowler is *not* entitled to go all the way around in the bowling action and then run the non-striker out. (2/2)

You can read the Laws of Cricket in full: https://t.co/EyxKtnx0i2#MCCLaws

Brett Lee was also quoted as saying by Fox Cricket that: “If he goes past where he’s meant to let go of the ball there … it’s deemed you can’t actually Mankad the batsman.”

Adam Zampa's attempt at a run out was deemed by the Third Umpire as not out 👀#BBL12 pic.twitter.com/cvhlLBwig5

“Must’ve warned him,” Brad Haddin said on Fox Cricket. “I reckon Zampa was dirty from the ball before when Rogers got in and out and got Harvey on strike. Didn’t think we were gonna see it (attempted in the BBL), to be honest.”

ALSO READ: Hardik Pandya Opines He Only Understands The Language Of Hard-work

On the other hand, Brett Lee further added: “Listen, I don’t like that rule, I don’t like the Mankad rule whatsoever, I reckon they should take it out of their hands. “The best way to do it is to say to the batsman, if you leave your crease, you get docked five runs. Take it away from the bowler … I just don’t like seeing that in the game of cricket.” 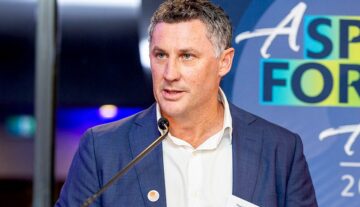