Former Pakistan all-rounder, Shahid Afridi is back in the and this time, his remarks have made Indians furious. He was seen talking against India Prime Minister Narendra Modi, according to a video clip reported by ABP news. It is said that the Afridi had visited Kashmir (POK) dressed in army fatigues.

The all-rounder was heard saying, “I’ve been deeply humbled by all the love shown to me by the people of Kashmir. I hope that there will be a team from Kashmir in the next edition of the PSL. If there will be a team from Kashmir, I will want to play for that team.” Afridi had also taken to Twitter to comment on Kashmir. He had written, “It does not take a religious belief to feel the agony of Kashmiris…just a right heart at the right place. Save Kashmir.”

The comments have not been received well by the netizens and former Indian opener, Gautam Gambhir took to social media to reply about the same.

The peace-loving exchange had ended in hatred and many had even slammed them for supporting Pakistan. Some even questioned the duo’s nationality. Seeing all the backlash, Yuvraj had to even put out a post saying that he won’t stop doing good for humanity and that he is truly an Indian.

Here is how Indian’s are currently reacting to Shahid Afridi’s latest remarks:

Sir please say something about your colleagues @YUVSTRONG12 and @harbhajan_singh also who were asking the Indians to donate to Shahid Afridi's foundation on "humanitarian" grounds. 🤦🏼‍♂️

Here our few cricketers whom India given love, respect, honour have been collecting funds for him. Shame @YUVSTRONG12 @harbhajan_singh. And the money given will be used against India only
pic.twitter.com/XTVpxSrKA1

Upload this viedo. Tag the two rubbish @YUVSTRONG12 @harbhajan_singh , and say shame on you.. At least Afridi is loyal to their country but you two guys r enemy for our country….. pic.twitter.com/GPL3LPxBTx 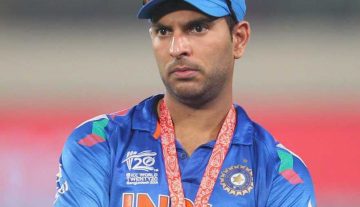