In-form South Africa batsman Aiden Markram asserted that he has no problem with Australian sledging intended to intimidate him at the crease. He played a 218-ball knock of 143 kept the Proteas alive after a start to their second innings in the first Test, although defeat appears certain. 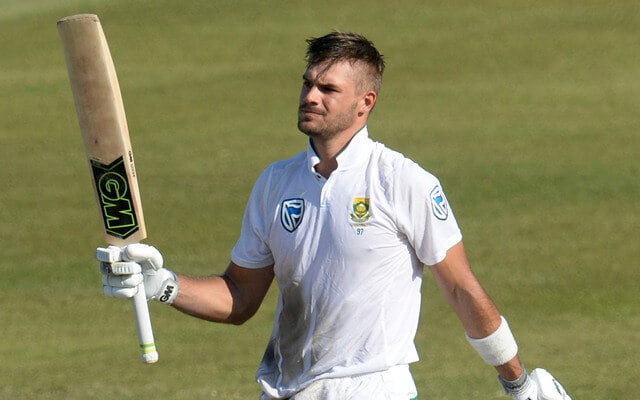 The hosts were defeated by 118 runs in the first Test of the four-match series trail Australia by 124 runs with just one wicket remaining going into day five on Monday.

Markram was eventually caught behind off Mitchell Marsh, but the youngster had shown some serious resistance to the tourists. He said, “That was a massive challenge. It’s natural when you play against the Australians that there’s a lot of chatter on the field. It’s something that I certainly don’t mind, something that keeps me in the game and keeps me going, keeps me motivated.”

Aiden Marram had no effect on sledging

He further added, “And it never really gets out of line either, not a lot of swearing or things like that happen. There are a few here and there but it’s not the end of the world. I believe it’s part of the game. It’s how it should be played, nice and hard, and it makes success that bit more rewarding. I think just having what happened [with the run-out] did affect me a little bit and you hear every word out on the field.”

Talking more about sledging, Aiden said, “But I don’t speak back on the field, I try to just get on with what I do and it’s always going to be there. It’s part of the Australian side to keep chatting to batters but it’s something I really do enjoy. It’ll keep coming for the rest of the series, but I enjoy it.”

Australia wicketkeeper Tim Paine explained the sledging and acknowledged it was not particularly effective against Markram. He said, “We spoke to Aiden about running out their best player and one of the best players in the world. I think had someone run Smithy out on our team you’d cop a fair bit of a ribbing.”