Apart from being a phenomenal cricketer, the Indian deputy skipper, Ajinkya Rahane is an investor as well, as last year he invested in two startups, including the Mahindra-backed MeraKisan, an agri-tech startup, and Hudle, a digital platform for sports enthusiasts. While MeraKisan is supplying production from farmers to consumers through retail stores as well as on e-commerce platforms, Hudle helps sports enthusiasts find and book sporting events and venues.

Revealing the reason behind him becoming an investor, Ajinkya Rahane said, “As cricketers, we get into a focused lifestyle at a very young age and most of our efforts are about consistently playing cricket whenever possible. As I played more cricket, I also got a chance to travel, meet new people, and hear about interesting businesses that people have developed.”

ALSO READ: Reasons Behind The Surge In Popularity Of Online Betting In India

Rahane added that every player needs to plan for post-cricket life and that’s one of the reasons he partnered with interesting ventures that have the potential to become successful businesses in the future.

While Rahane did not reveal his exact stake in the two startups, he explained his investment mantra. He said, “My first lookout before investing in any venture is if I relate to the core business of the company and how I can contribute to the business. It is crucial for me to meet the founders and know their vision for the company and how they plan to make use of me as a brand ambassador.”

He further added, “MeraKisan was because of my long-term inclination towards the agricultural sector. I wanted to be involved with a company that has the potential to be a sustainable, long-term player in the sector.”

MeraKisan, which was founded in 2016, plans to break even this year, and as they are aiming the turn over around  ₹40 crores in turnover next year. Prashanth Patil, CEO and founder of MeraKisan, added that they aim to “impact the lives of over 10,000 farmers by increasing their income by FY23.”

On the other hand, founder and CEO of Huddle, Suhail Narain pointed out that this year they want to go deeper into their current markets (Mumbai and Delhi-NCR) and open up in one or two new geographies.

After MeraKisan and Hudle, Rahane is now looking at newer categories. He explained, “Gaming, education, health tech, kids’ nutrition and e-sports are some sectors where we have had some discussions. Developing a top-class cricket setup where I can contribute to the growth of young cricketers is something that I am very much interested in. Plus, wearables technology in sports is another sector we are exploring.” 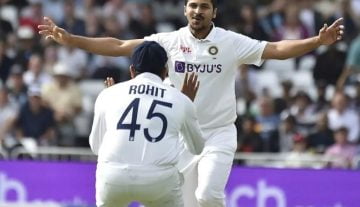