According to the latest reports of the TOI, Ajinkya Rahane has recovered from the hamstring injury that he suffered during IPL 2022 and will make his comeback to competitive cricket for Mumbai in the upcoming Duleep Trophy, scheduled to be commencing on September 10. Rahane, 34, will join Mumbai’s off-season camp early next week.

The former India captain will join Mumbai’s off-season camp at the Mumbai Cricket Association’s indoor nets facility at the Bandra Kurla Complex from next week, the TOI report further added. As per the quotes in TOI, Mumbai chief selector Salil Ankola said, “Rahane has come back from the National Cricket Academy (after recuperating from the injury). He’s fine now. I met him recently. The presence of senior players like him will help youngsters in the camp.”

Ajinkya Rahane was dropped from the Indian Test squad due to poor form on Saturday but was included in the list of 47 cricketers the Mumbai’s selectors named for an off-season fitness camp at BKC. A BCCI official then further confirmed that Rahane’s comeback to competitive cricket will happen in the upcoming edition of the Duleep Trophy, which will begin on September 10 and will run till September 25.

Describing the same, a senior BCCI oicial said, “Rahane hasn’t played any cricket of late and hence straightaway the selectors won’t put him in India A with lot of performers waiting. I think he will play for West Zone in Duleep Trophy and take it from thereon.”

The TOI also report mentioned that ‘Rahane has committed to play a full season for Mumbai in the domestic season and will lead the side.’

However, the chief selector said Aditya Tare’s exclusion from the off-season camp pertained only to white-ball cricket, and the wicketkeeper-batsman will be in the scheme of things when red-ball cricket starts later this year. 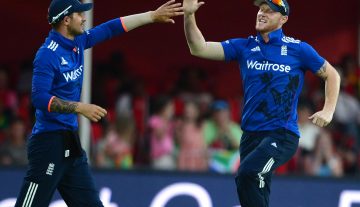