Trinbago Knight Riders pacer, Ali Khan got the wicket of St Kitts and Nevis Patriots opener Joshua Da Silva and gave him an aggressive send-off by pointing towards the pavilion. Patriots only managed to reach the tool of 147/7 in 20 overs on the board after Da Silva top-scored for his team with 50 runs which included five fours and a six.

The 30-year-old right-arm pacer helped TKR restrict SNP at 147/7 in 20 overs. The USA-based cricketer got the wickets of opener Joshua Da Silva, Sherfane Rutherford, and Fabian Allen. Among the three, Da Silva’s dismissal of Ali Khan has gone viral because of the wild celebration and send-off from the latter.

After dismissing Da Silva, who was the highest run-getter with the tally of 50 runs, Ali Khan roars in jubilation before pointing his finger towards the dressing room while Da Silva looks at him. Here is the video of the send-off:

In the 45 T20s prior to this match, Ali Khan has managed to take 45 wickets at an average of 25.80. Later, SNP captain Dwayne Bravo and Rutherford scored 25 runs each and helped their team post 147 in the 20 overs quo.

Trinbago Knight Riders officially qualified for the CPL 2021 semis after Guyana Amazon Warriors beat the Jamaica Tallawahs by 14 runs- DLS Method. In their last league, the Knights beat St Kitts and Nevis Patriots by four wickets with one over remaining at the Warner Park. Trinbago Knight Riders are the defending champions, and they will be aiming to win it again this season. 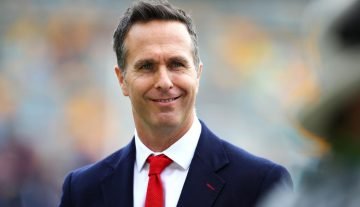