Team India will be locking horns with Australia for three ODIs, three T20Is, and four Test matches with the match scheduled to commence on November 27. The squads for the same were announced earlier by the BCCI and interestingly, Indian skipper Virat Kohli will be leaving the team after the first Test. Virat and his wife Anushka Sharma are expecting their first child in January. For the same reason, he has been granted paternity leave by the Indian cricket board.

In Kohli’s absence, Ajinkya Rahane will be expected to lead the Indian team for the final three Tests of the tour. Speaking on the same lines, former Australian skipper Allan Border jokingly said that Kohli can consider having his baby in Australia so that the child can be claimed as an Aussie. Border reckons that Virat is irreplaceable both as batsman and skipper in the Indian team. He also predicted the outcome of the Test series.

During a recent interaction with Times Now, Border jokingly said, “We were thinking he might think about having his newborn baby here because we can claim his offspring as Australian. The one thing that is in Australia’s favor is Virat Kohli playing only the first Test. I think that is a big OUT for India. He is irreplaceable at the moment as a batsman and a leader. Should be 2-1 to Australia.”

The former Aussie skipper also went on to say that he is fond of Kohli’s aggression and passion for the game. The legendary former skipper stated that the Indian team will dearly miss Virat Kohli’s aggression in the Test series and also concluded by saying that he’s a big fan of Kohli’s captaincy in Test cricket.

Border further elaborated, “Look, I love the way he plays his game; he wears his heart on his sleeve. I like his aggression and passion for the game. India as a team will miss that. He is a special player, has serious talent, and is part of this new India — that’s the way I look at it. The way India play the modern game, they have a very positive mindset, and Virat has led the way very well in those areas. I am a big fan.” 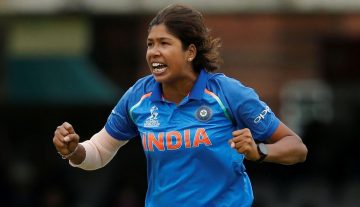