Windies star all-rounder Andre Russell has been ruled out of the remaining part of the Pakistan Super League (PSL) 2018 season because of a hamstring injury. While playing for Islamabad United against the Karachi Kings on Saturday, Russell accidentally pulled his right hamstring in the very first over of the match, while fielding at long off. As result of the same, neither did he bowl in the game, nor was he required to bat in Islamabad’s chase.

Talking to Geo.tv, an Islamabad United official said, “Russell was injured during the game against Karachi Kings and MRI results were not encouraging. He will not take any further part in the tournament.”

Russell had just returned to competitive cricket in the PSL this year, as he was banned for one year by ICC as he was found guilty of violating a doping rule. His ban expired in January this year, thus allowing him to participate in the tournament approved by the governing body.

So far in the PSL 2018, Russell’s team, the Islamabad United, have played five games, including the game in which he injured himself, and have registered three wins and two losses. The Jamaican contributed with four wickets for his team at an economical average of 22.25, and against the Lahore Qalandars, his last-ball six gave his team a win in the Super Over, after the match was initially tied.

Not only has the hamstring struggle ruled him out of the PSL, but it might force him to sit out of the upcoming season of IPL as well, which begins from April 7, in doubt. The Kolkata Knight Riders had retained him ahead of the auctions this year, and will now be keenly observing his progress.

An injury to any major player during or just prior to an important tournament affects a team’s preparations and the same case will apply on the Islamabad United and the Kolkata Knight Riders. The Knight Riders are already having to deal with the delicate Chris Lynn, whose latest injury, a shoulder trouble during the BBL, eliminated him from the PSL, also putting his IPL participation in doubt. 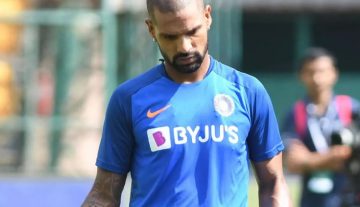