Former Indian skipper, Anil Kumble recalled his tough decisions he made during his captaincy tenure while India’s tour to Australia in 2007-08, saying there were certain talks about pulling out of the tour after the controversial Sydney Test. The Test match was marred by poor umpiring calls and the much-publicized banter between Andrew Symonds and Harbhajan Singh.

India denied all the accusations of Harbhajan passing racist remarks against Andrew Symonds but the off-spinner had received a 3-year ban. India made an appeal against the ban and threatened to pull out of the series only to withdraw the threat later. Harbhajan’s ban was lifted by New Zealand High Court judge John Hansen who heard the BCCI appeal after being appointed by the ICC.

Kumble also disappointments for the umpiring decisions that went against India, including the one wherein Ricky Ponting influenced umpire Mark Benson to give Sourav Ganguly out after appeal for an inconclusive catch. During a recent chat with R Ashwin on his YouTube show DRS with Ash, Kumble conceded that it was tough for India after the Sydney Test defeat.

Recalling the same, Kumble said, “As a captain, I thought the best result coming out of Sydney could have been a draw after all that that had happened. With 5 minutes to go, nobody expected a Michael Clarke to come and pick up 3 wickets in the final stages and win the game for Australia. After all of that, as a captain, you’re generally tuned to take decisions on the field. And one of our players was obviously banned for 3 matches because of a racist remark.”

He further recalled, “I believed that our player was wronged and we had to be together as a team. Unfortunately, with the 1st 2 results not going our way, the best result could have been a drawn series because 2 more Tests remained. I was fortunate enough to have senior players, former captains in the team and all of them, we got around as a unit, we addressed in a room where only the team was there and we took a decision to continue.”

India registered a thrilling win in the Perth Test after an inspired performance and managed a draw in the final Test at the Adelaide Oval. Kumble said the win in Perth came as a huge confidence-booster for Team India as since then they started winning games in tough situations. 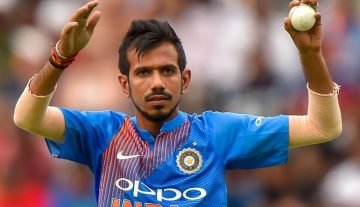