The veteran Bollywood actress, Anushka Sharma is currently shooting for her upcoming film, Chakda Xpress. The film is a biopic, based on the life of former women’s cricket team skipper, Jhulan Goswami. Anushka was in Kolkata, shooting at Eden Gardens and she was back to work after a four-year hiatus. The actress, who is currently shooting for Chakda Xpress, was in Eden Gardens Kolkata for the film’s schedule.

In the pictures going viral on social media, Anushka Sharma can be seen bowling 22 yards as she shot for Jhulan’s biopic. The shooting took place overnight at Eden Gardens on Monday, October 17. While Virat Kohli is out of the country playing a T20 World Cup preparation match against Australia in Brisbane, Anushka, on the same day, played cricket at her husband’s favorite Eden Gardens.

The stadium was crowded with visitors in the gallery on Monday afternoon. Some portions of the film were shot in Eden Gardens on Monday. The entire unit of the film including Anushka, the cast, and the crew were present.

It was on October 16 when Anushka Sharma came to Kolkata with her daughter Vamika. During the shoot, she was spotted wearing a jersey with the number 25 written on it, along with Jhulan’s name. Also, this isn’t the first time Anushka came to Eden Gardens. Several clips from the Chakda Xpress teaser were shot at the Kolkata stadium. The film is slated to be released in 2023.

Coming from a rural area in West Bengal, Jhulan Goswami has earned the tag of a legend. She represented India in 281 international matches and picked up 352 wickets in the process. Goswami was honored with the ICC Women’s Cricketer of the Year award in 2007. Later in 2008, she was made the captain of the Indian Women’s team and led India in ODIs.

MS Dhoni’s biopic was a massive hit at the box office as it collected more than INR 200 crore globally and the fans were very happy with Sushant Singh Rajput’s work. Similarly, Ranveer Singh in 83 was fantastic as the actor aced the role of Kapil Dev in the film. Taapsee Pannu recently played Mithali Raj in her biopic Shabaash Mithu. The film has been considered a flop at the box office and there are mixed reviews for it. Thus, pressure will be on Anushka Sharma as she is set to play Jhulan Goswami on screen. 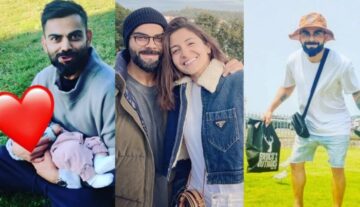