All the major sporting events have either been postponed or canceled due to the pandemic outbreak of the Corna Virus across the globe.  With no cricketing action, all the big clubs and major sporting associations are losing a lot of money. Many associations and governing bodies have implemented pay cuts for their employees and their athletes. Earlier, BCCI had shared how it won’t be cutting the salaries of their players and other staff. Board of Control of Cricket in India treasurer Arun Dhumal Confirmed how India’s apex cricketing body has taken cost-cutting measures.

Arun Dhumal shares how there haven’t been pay-cut or lay-offs despite huge losses due to the pandemic. He adds how cost-cutting has been done on travel and hospitality.

“The BCCI has done some cost control after the elected office-bearers took charge last October. The process started before the pandemic. But there has been no pay cut or lay-off as of now. We have cut costs on other fronts like travel, hospitality, etc,” Dhumal said.

Dhumal also spoke on the huge financial impact Indian Premier League has on BCCI’s revenues. Originally scheduled to begin on March 29, the IPL was postponed until April 15. However, the BCCI has later postponed the tournament for an indefinite period which will affect BCCI’s income drastically.

Arun adds how a final call on the event will only be taken after assessing the current situation. He said, “IPL not happening will have a huge impact and we will assess the situation before taking a fresh call.”

This also means IPL has not totally been called off and the October-November window, when the T20 World Cup was slated to be held could be targetted. 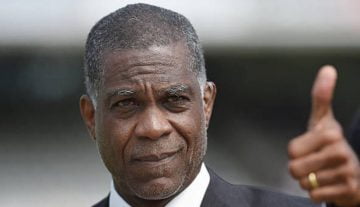