Veteran Indian pacer Ashish Nehra recently recalled in the Indian team and now he has informed the team management that he will be calling off his international career after the T20I match against New Zealand on November 1.

A senior BCCI official told Cricketnext that Nehra has already spoken to captain Virat Kohli and coach Ravi Shastri about his decision to retire. He said, “What we have heard is that Nehra has spoken to the captain and coach and informed them about his decision to retire after the T20 match in Delhi. Nehra has requested for one last match at his home ground and wants to go out on a high.”

Making his international debut in Test back in 1999 under Mohammed Azharuddin, Nehra has represented Indian far played 17 Tests, 120 ODIs, and 26 T20 Internationals. He has picked 44 Test scalps, besides 157 ODI and 34 T20 wickets.

The southpaw also featured in the Indian team which lifted the ICC World Cup 2011 trophy. However, Nehra couldn’t take part in the final due to a fractured finger. According to the reports, few IPL franchises want to have him as their bowling coach/mentor for next season of the cash-rich tournament because of his vast experience of limited-overs cricket.

Earlier, Nehra expressed is concerns about his fitness, he said, “The only one thing that I’m not happy is my body. I can play for another couple of years but it isn’t easy for a fast bowler at 38-39, especially considering the state of my body. But I am just trying my level best. At times when I wake up, especially in the winter in Delhi, my knees are so sore, it is half an hour before I can even leave my bed and am able to walk.” 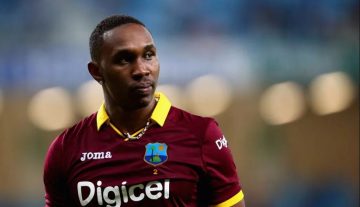