The comeback man Ravindra Jadeja’s brilliant bowling and the skipper Rohit Sharma’s impressive batting helped the Indian cricket team to secure a comfortable victory against Bangladesh in their first Super Four stage game in the ongoing Asia Cup 2018. At Dubai International Cricket Stadium (Dubai), Bangladesh was bundled out for just 173 runs in 49.1 overs which India chased down in 36.2 overs after losing only three wickets.

Indian captain Rohit Sharma decided to field first after winning the toss. Both the Bangladesh openers Liton Das (7) and Nazmul Hossain (7) Shanto lost their wickets at the early stage as Bangladesh went down to 16/2.

Bangladesh’s wickets were falling in regular intervals without any big partnerships as they went down to 101/7 at one stage. From that difficult condition, the no.8 batsman and the skipper Mashrafe Mortaza and the no.9 batsman Mehidy Hasan Miraz fought hard to manage some respected total on the board. They put a crucial 66-run partnership for the eighth wicket and soon that partnership was broken, they were bundled out shortly on just 173 runs.

Miraz played the highest knock in that innings of 42 runs off 50 balls (2 fours and 2 sixes) while Mushfiqur Rahim (21), Mahmudullah (25) and the skipper Mortaza (26) were the only other Bangladesh batsmen to reach the 20-run marks.

Making his ODI return in this game, the all-rounder Ravindra Jadeja bagged four wickets by conceding only 29 runs as his bowling figure was 10-0-29-4. Also, the pacers Bhuvneshwar Kumar (3/32) and Jasprit Bumrah (3/37) got three wickets each in that innings.

In reply, Indian openers Rohit Sharma and Shikhar Dhawan provided a good start as they put 61-run partnership. After Dhawan was dismissed on 40 runs (47 balls; 4 fours and only six), Rohit carried the innings till the end and secured a comfortable victory. While Ambati Rayudu was dismissed on 13 runs, Indian wicketkeeper-batsman MS Dhoni scored 33 runs and provided the match securing partnership of 64 runs for the third wicket.

Rohit remained unbeaten on 83 runs off 104 balls (5 fours and 3 sixes) while Dinesh Karthik was not out on just 1 run as India won the match by seven wickets with 82 balls remaining.

Indian all-rounder Ravindra Jadeja won the Player of the Match award for his brilliant bowling performance that helped the Indian cricket team to restrict Bangladesh to a low total.

Congratulations India on a well deserved victory. Great team effort, wish the team the very best for the matches to come #IndvBan

Well done @ImRo45 superb 50🇮🇳 how many runs Rohit will get from here now ?? Any guess guys ? @StarSportsIndia @BCCI

Congratulations India on a really clinical performance. A good comeback for Jadeja and Rohit was as elegant as always. May we carry the momentum. #IndvBan

Bowlers have won India three matches in a row…..last two matches have been a statement of sorts. Well played, 🇮🇳👍🙌 #AsiaCup #IndvBan

14 months of no ODI Cricket, on his comeback takes 4 wickets. That's the reason why he is 'SIR' @imjadeja #AsiaCup2018 #IndvsBan #IndvBan #IndianCricket

Rejuvenated Jadeja capitalises on first opportunity on return
He hasn't been in India's ODI plans for a year but as soon as he got an opportunity, he wasted no time in showing his value#INDvBAN #AsiaCup2018 #AsiaCup18 #IndvsBan

Big Life Message in Jadejas comeback-People will try to keep you away from what you deserve,but you keep performing and b patient you will get your due,
Congrats and Welcome again @imjadeja to ODI after 15 months and getting MOM#INDvBAN #IndvsBan #BANvIND #AsiaCup2018 #AsiaCup 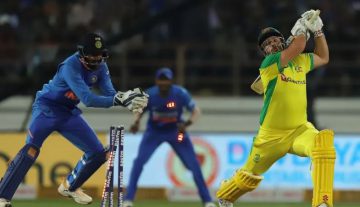