The Indian team under the leadership of Rohit Sharma is playing some dominating cricket in the ongoing Asia Cup. They have sealed their place in the final of the tournament but before the game, Team India will be locking horns with Afghanistan who have been knocked out of the tournament unfortunately despite playing extremely well. Asghar Afghan and his troops will be itching to put up yet another fighting show before bowing out of this edition’s Asia Cup.

However, the Men in Blue wouldn’t want to make a mistake of taking the opposition lightly after what transpired against Hong Kong just a week ago. Afghanistan are an even better team and they also must be hungry for victory after losing a couple of close games. However, India would want their batsmen, especially the middle-order, to be tested to the hilt ahead of the final where they will face either Pakistan or Bangladesh.

Having outclassed opponents in their way, India have romped to the finals by defeating their fierce rivals Pakistan twice to cement their place in the final with a game in hand. With the all-important final looming large, the Men In Blue could rest some of their big guns for the match on Tuesday.

India are all set to face arch-rivals Pakistan for a second time in the Asia Cup 2018 after they thrashed the Green Gang in the group stage by eight wickets. Rohit Sharma’s army is in exceptional form and except the Hong Kong game, the Men in blue have dominated in every match.

The excellent form of Indian middle order batsmen like Ambati Rayudu and Dinesh Karthik might lead to the exclusion of talented KL Rahul once again from the playing XI as winning combination doesn’t deserve need tinkering. 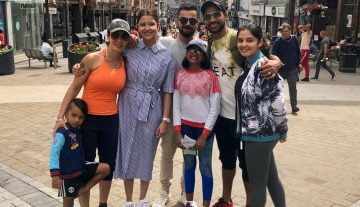 News
By CricShots - Oct 12, 2018
BCCI To Adopt The WAGs Policy Of Cricket Australia