Exactly 15 years ago, on 24 September 2007, the Indian cricket team created history under MS Dhoni’s captaincy as they became the first champion team in ICC World T20 history after winning the inaugural edition of ICC World T20 in South Africa. On this day, India beat Pakistan in the thrilling final of the tournament at Wanderers Stadium (Johannesburg). 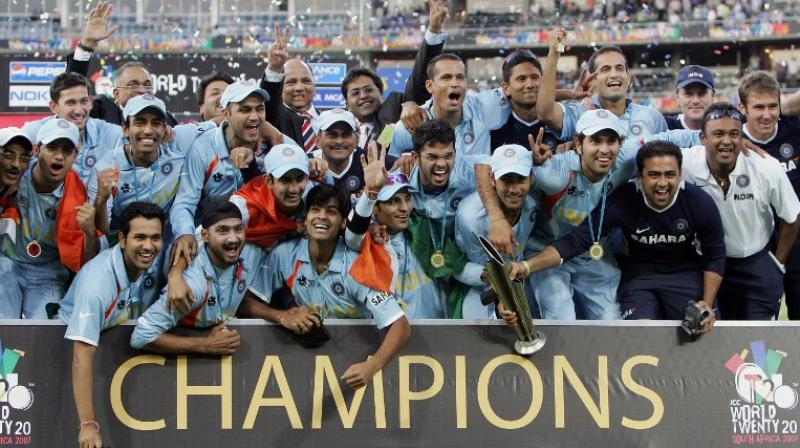 That year hadn’t started well for both the World T20 finalist India and Pakistan as they were surprisingly eliminated from the group stages (first round) in the 2007 ICC Cricket World Cup in West Indies. So, the inaugural edition of ICC World T20 was very crucial for both teams.

In the 2007 ICC World T20, India was in the Group D along with Scotland and Pakistan. Their opening match of the tournament was against Scotland which was washed out in the rain while the Pakistan match ended in a tie that India won through the bowl out system (India 3 – Pakistan 0).

After finishing as a champion in Group D, India advanced for the Super 8 stage where they faced New Zealand, England and South Africa in Group E. India suffered a 10-run defeat against New Zealand but clinched two important victories against England (by 18 runs) and South Africa (by 37 runs) in two back-to-back days. During the England match, Indian left-handed batsman Yuvraj Singh hit six sixes in an over of English pacer Stuart Broad.

Meanwhile, Pakistan was the other finalist in the tournament who hadn’t lost a game directly yet. However, India beat them in the group stages, but through the bowl-out method in that tied game.

In the final match at Wanderers Stadium (Johannesburg), Indian captain MS Dhoni decided to bat first after winning the toss. While the most of Indian batsmen struggled against the Pakistan bowlers, opener Gautam Gambhir and the no.6 batsman Rohit Sharma helped the Indian cricket team to manage a fighting total on the board.

Pakistan pacer Umar Gul bowled brilliantly in that innings as he had a bowling figure of 4-0-28-3. Also, Mohammad Asif (1/25) and Sohail Tanvir (1/29) got one wicket each.

In reply, Pakistan lost their wickets in regular intervals and had no solid partnership in that entire innings. Only Misbah-ul-Haq played well in that innings but hardly got any support from the other ends. At the late moment, his important 34-run partnership for the eighth wicket with Sohail Tanvir brought back them into the game.

In the final over, Dhoni surprised everyone by giving the ball to the medium-pacer Joginder Sharma while Pakistan still needed 13 runs off 6 balls with the only wicket in hand and the set batsman Misbah was still batting. The heartbeats of Indian cricket fans were running hugely when Misbah hit an important sixer on the second ball of that over.

Needed 6 runs off last 4 balls, Misbah played a scoop-shot on the third ball of that over that Indian cricketer S Sreesanth grabbed at the short fine-leg and sealed an unforgettable moment for Indian cricket team by winning the game by 5 runs. Misbah scored 43 runs off 38 balls (4 sixes) while the opener Imran Nazir (33 runs) was the only other batsman in that innings to reach the 30-run marks.

Indian left-arm pacer Irfan Pathan won the Player of the Match award after a brilliant bowling performance of 4-0-16-3. Another Indian left-arm pacer RP Singh (3/26) also bagged three wickets while Joginder Sharma (2/20) got two wickets and Sreesanth (1/44) picked up one wicket.

All the Indians were overjoyed with that victory as India won the 2007 ICC World T20 crown. That tournament massively changed Indian cricket as it led the team to successful riding in world cricket. 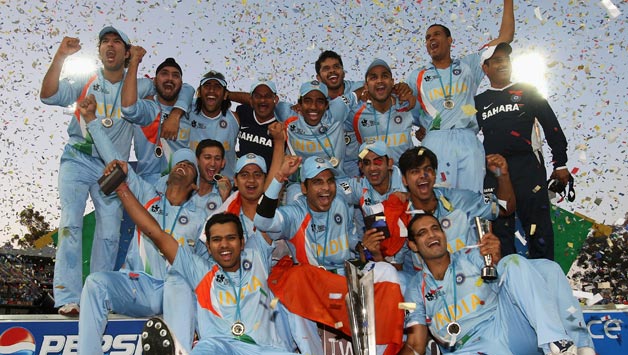 13 September – vs Scotland (at Kingsmead, Durban): Match abandoned (No Result)

22 September – vs Australia (at Kingsmead, Durban): India won by 15 runs 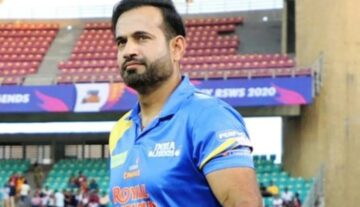