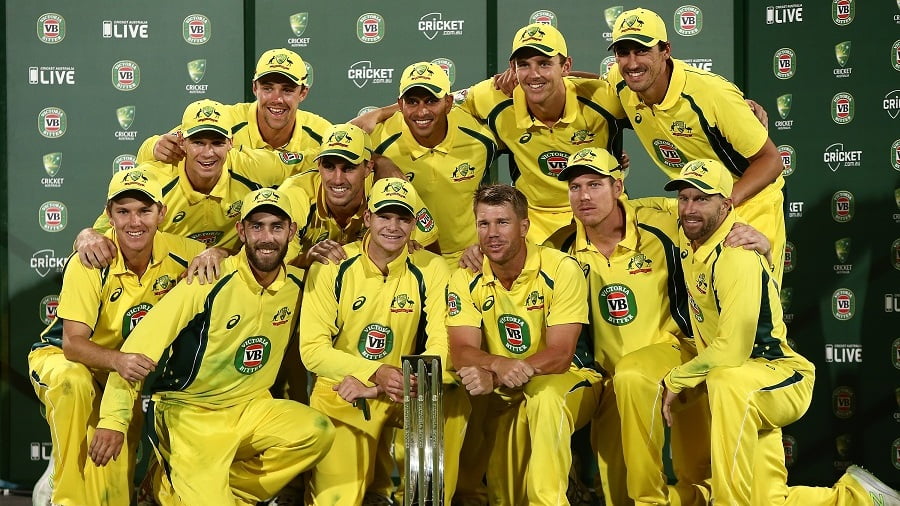 Australia has announced the squad for the limited overs tour to India with James Faulkner and Nathan Coulter-Nile being recalled to the team. Uncapped left-arm pacer Jason Beherendorff has been picked in the T20I squad.

The Australian team will be playing 5 ODIs and 3 T20Is in India between September 17 and October 11.

Faulkner dropped from the squad for the Champions Trophy earlier this year, but his sub continent experience has helped him earn a recall. Coulter-Nile will get an opportunity again having shown impressive signs in the IPL earlier this year.

All-rounder Moises Henriques, along with the injured quartet of Chris Lynn, John Hastings, James Pattinson and Mitchell Starc, are the five left-out players from the squad that was named for the Champions Trophy squad in June. Starc has been rested for the entire tour as he is still recovering from his foot injury.

In the T20I squad, Behrendorff and Kane Richardson are the new names while Josh Hazlewood has not been included for the T20 leg of the tour. Veteran all-rounder Dan Christian and keeper-batsman Tim Paine have also been included in the T20 squad, while Coulter-Nile has also been named for the T20s only.

Talking about the squad to the cricket.com.au, Australian selectors, Trevor Hohns said, “Nathan brings raw pace to the side with good variation. It is great to see him back from injury and we are hopeful he will have a big impact in this series. James Faulkner is a solid One-Day campaigner and is very familiar with sub continent conditions, coming off a very good tour of Sri Lanka last year.”

He further added, “We hope that he will take his chance in returning to the one-day side. Hilton is an aggressive striker of the ball and we think his game will be well suited to the transition to short-form cricket.”