Australia will be looking to seal the three-match ODI series against India in Sydney in the second ODI on Sunday. The hosts kicked off the series with an impressive 66-run win. Even though the Men in Blue didn’t get bowled out, the fate of the match was sealed with Hardik Pandya’s dismissal in the 39th over.

Chasing a huge target of 375, Team India had a phenomenal start but lost four crucial wickets between the 6th to 14th over. It dented their chances and despite Hardik Pandya’s (90) and Shikhar Dhawan’s (74) partnership of 128 runs, the chase was never going to be easy. Skipper, Virat Kohli had made a forgettable return to international cricket as he only amassed 21 runs, after being dropped for 1.

Team India’s poor bowling was one of the weakest links in the first ODI and the visitors dearly missed the sixth bowling option. Ravindra Jadeja played as the fifth bowler, something which we haven’t seen much. Pandya isn’t fit enough to bowl and will continue to play as a specialist batsman. Going into the contest, Kohli is expected to make at least one change.

Australia is likely to have a forced change. Marcus Stoinis had some fitness concerns in the opening ODI and is likely to be ruled out of the second ODI. Moises Henriques leads the race to replace him in the playing XI, but Australia can also go with Chris Green.

Shreyas Iyer, Shikhar Dhawan, Virat Kohli, David Warner, and Steve Smith have always been the prime contenders for fantasy cricket. Even, Aaron Finch also is added in fantasy cricket and that will depend on the balance of the squad. Apart from them, there are some useful batsmen in the line-ups as well, like Mayank Agarwal, and Marnus Labuschagne.

There are some really reliable all-rounders in both the teams but citing the pitch in Sydney, Ravindra Jadeja, Hardik Pandya, and Marcus Stoinis seems to be the perfect fit. Apart from them, the good all-rounder for IPL fantasy cricket is Glenn Maxwell.

Both the teams don’t have decent bowling line-ups but they don’t have practiced a lot. Bowlers like  Mitchell Starc, Pat Cummins, Jasprit Bumrah, and Mohammed Shami become the obvious choices for the IPL Fantasy XI on the sticky track of Abu Dhabi. Apart from them, some crucial bowlers can be like, Navdeep Saini, Adam Zampa, and Sean Abbott. 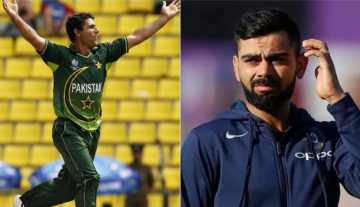