Cricket Australia (CA) is considering the possibility that the COVID-19 pandemic will force a change in the schedule for India’s tour of the country with the board still keeping the door open for hosting four Tests in “as little as one venue”. CA on Thursday announced that India will play the Tests at Brisbane (December 3-7), Adelaide (December 11-15), Melbourne (December 26-30), and Sydney (January 3-7) respectively.

However, CA chief executive Kevin Roberts said the schedule could change depending on the travel restrictions due to the health crisis.

On Friday, Roberts said, “That (schedule) assumes that state borders are open to domestic travel. It may be that circumstances dictate that when the time comes maybe we can only use one or two venues, we really don’t know any of that yet. There is a lot of variables based on whether we have four venues in four states or as little as one venue in one state. There are endless scenarios and possibilities…”

Soon after the schedule announcement, Western Australia Cricket Association (WACA) chief Christina Matthews expressed disappointment at CA for choosing Brisbane over Perth as one of the venues for the high-profile Test series. Roberts said that the Gabba didn’t get a Test during India’s tour of Australia two years ago and to strike a balance, Perth was overlooked this time around.

CA chief also clarified that they will lose AUD 80 million if the T20 World Cup doesn’t happen this year and warned of another round of cost-cutting measures to deal with the impact of the coronavirus.

With India agreeing to make the trip Down Under this year for a bilateral series starting October, worth AUD 300 million in revenue, things are looking up for Cricket Australia. Roberts added, “The likelihood of significant crowds is very slim – ordinarily that would deliver well over 50 million revenue to CA.” 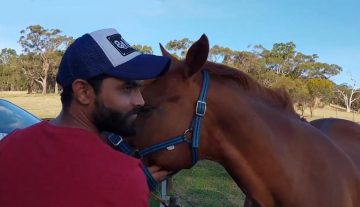 News
By CricShots - Dec 13, 2018
WATCH – Ravindra Jadeja Enjoying Himself With The Horses In Adelaide