Living up to his price tag of INR 10 crore, Lucknow Super Giants’ (LSG) fast bowler, Avesh Khan claimed 4 big wickets at crucial stages to help his team earn their second win of the season. LSG registered a win over Sunrisers Hyderabad by 12 runs in match 12 of IPL 2022 at the D.Y Patil Stadium on Monday, defending a par total of 169. The bowler has now made his way to the Purple cap race with excellent figures of 4/24.

A brilliant performance from Avesh Khan helped LSG to stop Hyderabad from getting a move-on in power-play as well as in death overs and they were restricted to 157/9 in 20 overs. Avesh struck a double blow and reduced the Sunrisers to 40 for two in the powerplay and took a couple of more wickets towards the end rattling them further.

ALSO READ: Mike Hesson Reveals Glenn Maxwell Will not Be Playing Against RR

Deepak Hooda, who played a knock of 51 runs, and Avesh Khan spoke to each other about their respective performances and opened up about the positives from the win in an interview for the IPL website.

When Hooda congratulated Avesh Khan for claiming 4 wickets for this franchise, the pacer said, “I would like to dedicate this performance to my mother who is hospitalized. I received a lot of support from her. After the match, I picked up my phone and connected with her on a video call, and gave her the details of the match. By God’s grace, she is fine now.”

Reacting to this, Hooda said, “Superb, great to have you in our team bro.”

ALSO READ: Riyag Parag Gets Trolled For His Tweet On Virat Kohli

Khan’s excellent bowling acted as a catalyst for his team’s 12-run win over SRH and he received massive appreciation as well. Skipper KL Rahul and Deepak Hooda struck useful half-centuries and lifted Lucknow Super Giants to 169 for seven.

Rahul was the top scorer for his team with 68 runs. Rahul and Hooda formed a good partnership and added 87 runs for the fourth wicket to revive the innings. LSG will be facing Delhi Capitals on April 7 at DY Patil Sports Academy, Navi Mumbai. 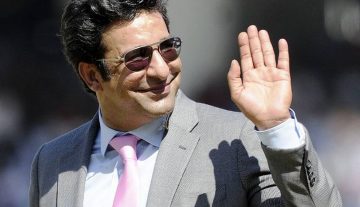