Dinesh Karthik took the world by storm previous night with a six on the last ball to clinch the Nidahas Trophy for India. With five needed off the final delivery, Karthik lofted a full delivery from Soumya Sarkar over the boundary ropes to become a hero. Here are a few past instances where the batsman hit a six off the last ball to snatch a victory.

The arch-rivals India and Pakistan stood against each other in the final of the Austral-Asia cup in 1986. Despite an opening partnership of 117, India could not even go past the 250-run mark. Sunil Gavaskar top-scored with 92 runs.

Pakistan stumbled at 215/7 in the chase. All Pakistani hopes were pinned on the not out centurion at the crease, Javed Miandad. The match went into the last over with 11 runs to win off Chetan Sharma’ss over. Needing four runs from the last ball, Miandad converted a yorker into a leg-stump full toss to haunt Sharma’s life forever.

The first ODI of the bilateral series between West Indies and Sri Lanka went right down to the wire at Trinidad in 2008. Earlier in the day, Chamara Kapugedera played a heroic knock of 95 to rescue Sri Lanka from 49/5 to 235/7.

The Windies team faltered in the chase as Ajantha Mendis ripped off the batting tail. The end was near when they struggled at 219/9. WI needed 13 runs from the last over. Vaas gave only three runs in the first four balls. Needing ten from two balls, Chanderpaul hit him for a four and a six!

The Indian team riding on the late surge provided by Suresh Raina and MS Dhoni finished at a formidable total of 177/8 which on the placid track of Wankhede stadium was never out of grasp.

Michael Lumb and Alex Hales started with a flurry of boundaries, putting up 80 within the first 8 overs. Yuvraj Singh picked up three wickets to knock England down. Going into the last over, England required 9 runs. Eoin Morgan slammed the last ball for a six when England needed three on the last ball.

Sri Lanka has often produced spectacular results playing against Australia in Australia. The second T20I of the 3-match bilateral series was the brightest of them all. Batting first, Australia reached 173 with Kulasekara and Malinga clipping off the tail.

Sri Lanka was down and out at 40/5. They recovered yet 59 runs from the last five overs was a tall task. Gunaratne slammed Henriques for 22 runs in the penultimate over. Tye had to defend 14 runs in the last over. Needing two runs to win on the last ball, Gunaratne sealed the win with a six. 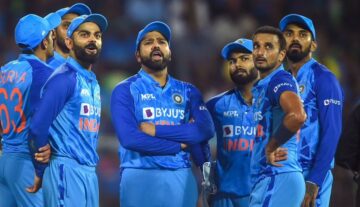