News
BCB apologies for chaos incident during the virtual-semifinal of Nidahas Trophy
By Sandy - Mar 18, 2018 5:30 am
Views 39

Despite Bangladesh snatched a thrilling victory against the hosts Sri Lanka to qualify for the final of the T20I tri-series Nidahas Trophy, their controversial reactions raised lots of questions. Now, while the Bangladeshi players are feeling sorry for that, Bangladesh Cricket Board (BCB) has also apologised for that incident.

During the second ball of the last over, Bangladesh team was demanding for a no-ball due to the second bouncer in that over but the umpires dismissed that.

As a reaction, Bangladesh skipper Shakib Al Hasan instructed the on-field Bangladeshi players to come off the field. It took time to sort out as Bangladesh team continued the game while Shakib returned to the dressing room.

In few minutes, Bangladesh snatched a thrilling victory but the heat moments were not ended as some of the cricketers from both sides had some ugly verbal fights after the end of the match. Later on, a window glass of Bangladesh dressing room was found broken.

Later, Shakib apologised for his reaction who received one demerit point for breaching Level 1 of the ICC Code of Conduct and also had 25% match fees fine. Another Bangladesh player Nurul Hasan also received the same punishment who was a substitute player and majorly involved in the on-field attacking verbal fights.

On Saturday, BCB issued a statement where they said, “The BCB regrets the unfortunate happenings during Friday’s Nidahas Trophy match between Bangladesh and Sri Lanka. The Board accepts that conduct of the Bangladesh team in certain instances was unacceptable on a cricket field.

“We understand that the events may have transpired due to the importance of the match and the pressure that comes with it but feel that the expected level of professionalism was not exhibited by the team while dealing with a tense situation in the game. The Bangladesh team members have been reminded of their responsibility in upholding the spirit of cricket at all times.

“The BCB and Sri Lanka Cricket (SLC) have a lasting bond which has a deep-rooted history of support and cooperation and the players of both sides continue to share an excellent relationship that gets stronger by the day.”

Talking about the match, it was like a virtual semi-final where the winner would reach in the final. After winning that match, Bangladesh will take on India in the final of the tournament and that will be played on Sunday night. 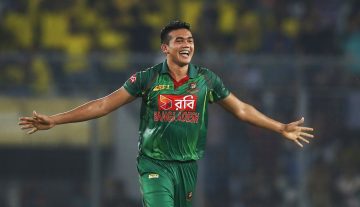